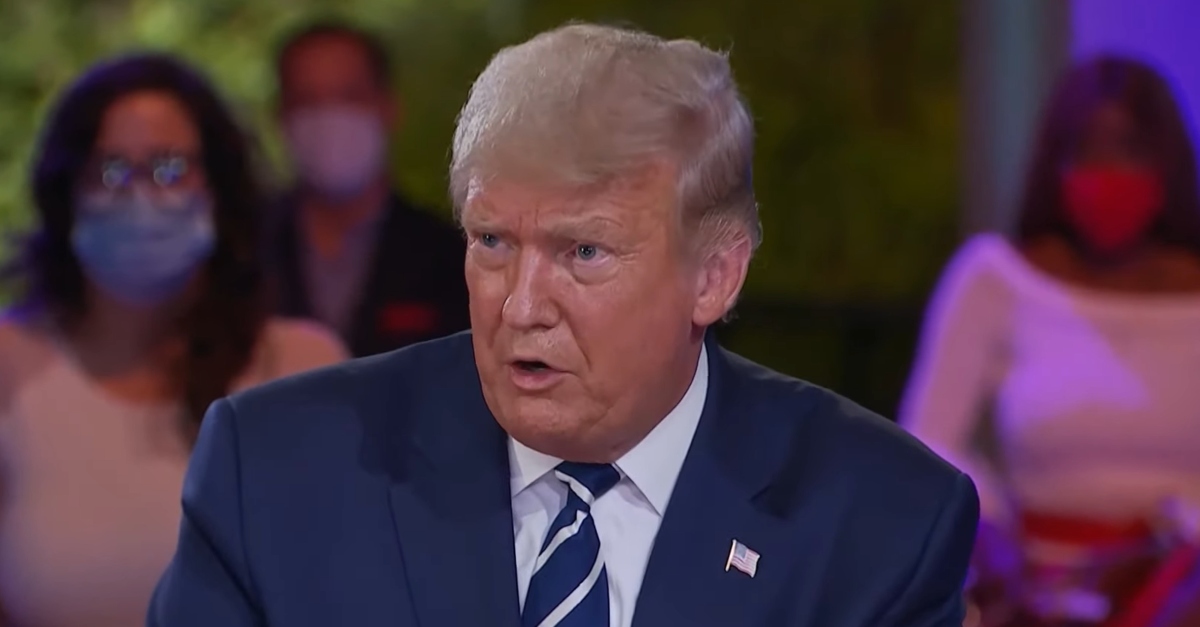 According to Axios, the president could pursue legal remedies — led by his attorney, Rudy Giuliani — which could take as much as six weeks.

Axios quotes a person it identifies as someone who often talks to Trump as saying there is “no chance” the president will call for national unity. It also cites a senior Republican who frequently speaks to the president stating that Trump is “angry … volatile … disconsolate.”

The Axios post follows up on their reporting of Sunday night, in which they learned some details of Trump’s plans to fight the overwhelming perception that the election is over by resuming MAGA rallies in the coming days. At those events, he will reportedly use obituaries of people who the campaign claims voted despite being dead in order to dispute the results.

Legal experts say that a Trump election challenge is completely hopeless. Ben Ginsburg, the famed GOP election lawyer who was involved with the 2000 Florida recount, urged Trump to throw in the towel.

“Sir, you need to take a step back, look at the results,” Ginsburg told 60 Minutes. “It is a democracy.”