Twitter Lights Up Over Warren Dunking on Delaney’s Healthcare Attacks in Dem Debate: ‘Vaporized His Ass’ 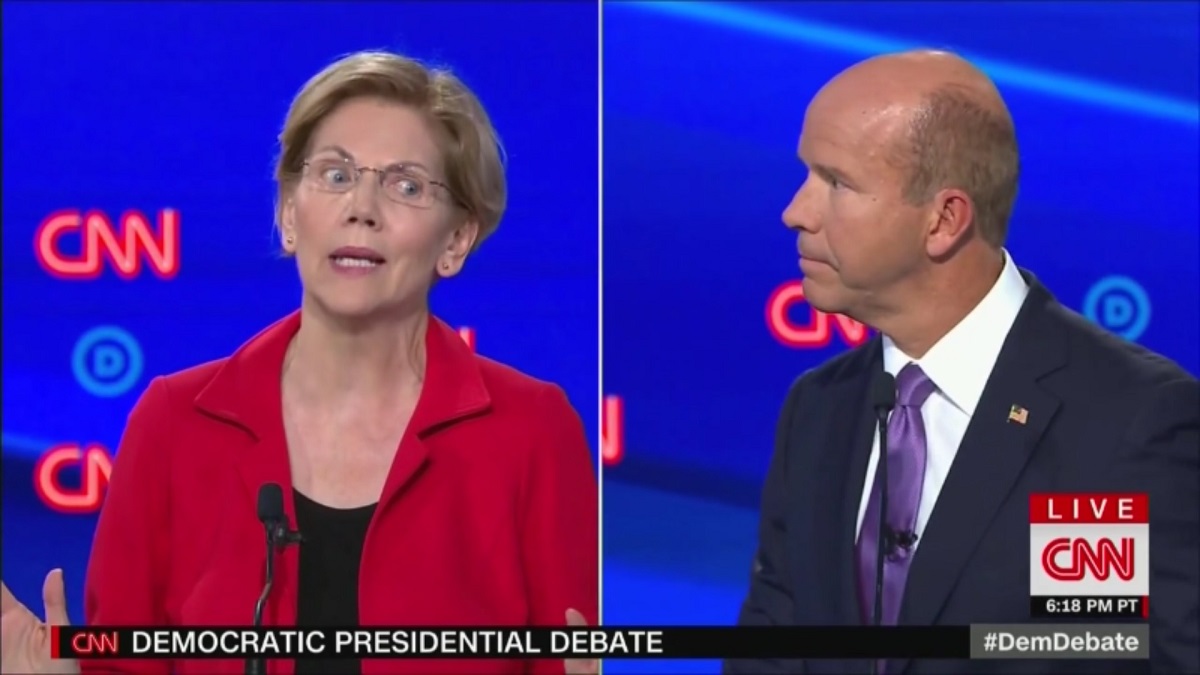 At the second Democratic Debate, Sen. Elizabeth Warren fired off the zinger of the night during a back-and-forth with Rep. John Delaney, who continually attacked her and Sen. Bernie Sanders’ Medicare for All plans as too ambitious and too generous.

When Delaney questioned how realistic her policies were, Warren fired back: “I don’t understand why anybody goes to all the trouble of running for president of the United States just to talk about what we really can’t do and shouldn’t fight for.”

Twitter instantly lit up at her rhetorical direct hit.

If Elizabeth Warren had a mic in hand, she would have dropped it after telling John Delaney: “‘I don’t know why anybody goes to all the trouble of running for President of the United States just to talk about what we really can’t do and shouldn’t fight for.” #DemocraticDebate

We don’t have to wait for the next debate for Delaney to be gone. Warren just vaporized his ass.

A debate first: Elizabeth Warren just made me scream. https://t.co/nGVX6gIYur

I was wondering why Delaney’s getting so much airtime but once Warren buried him I guess he needed the oxygen. #DemDebates

Elizabeth Warren with her line of the night in a zinger against John Delaney.

Senator Professor Warren just sent Delaney out of the ring in a blanket.#CNNDebate

As I said, I’m more sympathetic to Delaney’s position in this exchange but Warren totally pantsed him. https://t.co/dcjCleewzi