WaPo Contacted All 53 GOP Senators to Press Them on Trump’s Attempts to Overturn the Election — How Many Refused Comment? 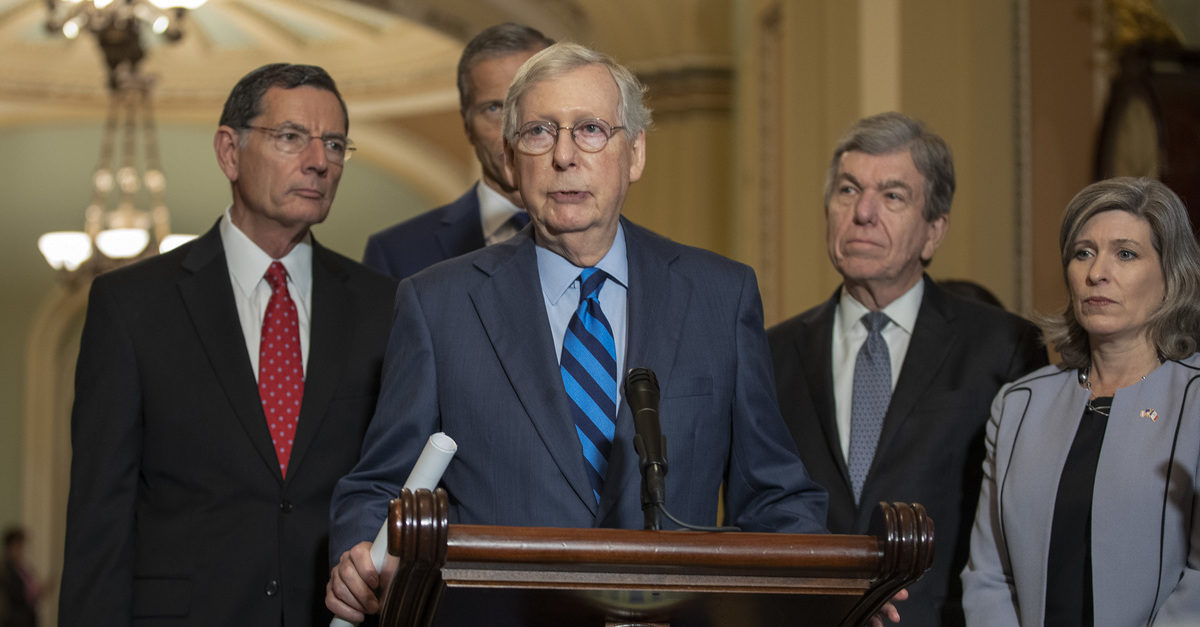 Senate Republicans have developed a distinct reputation over the past four years for being able to abruptly outrun reporters, suddenly claim ignorance of Twitter, or just generally go silent in the face of the Donald Trump’s  latest embarrassing revelation or egregiously inappropriate insult.

And now, the president’s current all-out assault on the nation’s electoral integrity has found the Senate GOP caucus in similar form once again, per the Washington Post. It reached out to every one of them and just a handful were willing to go on the record about Trump’s brazen attempt to overturn his loss to President-elect Joe Biden.

The Washington Post contacted all 53 Republican U.S. senators for comments on the president’s efforts to overturn the election results, including his invitation to Michigan’s GOP legislative leaders to a meeting Friday as he tries to block the state from certifying Biden’s victory with a margin of about 150,000 votes there.

Fewer than 10 senators’ offices responded. Of those, most declined to comment or referred to previous remarks — in some cases remarks that predated Trump’s actions this week, including his call to a county canvassing board member in Michigan.

Doing the math, less than 10 out of 53 is equivalent to more than 80%. Meaning four out of five of Republicans elected to the world’s greatest deliberative body have greatly avoided deliberating.

While a remaining few tried to muddle through with middling comments, only Utah Sen. Mitt Romney has had to the courage of his convictions to call out Trump in public, saying: “It is difficult to imagine a worse, more undemocratic action by a sitting American President.”