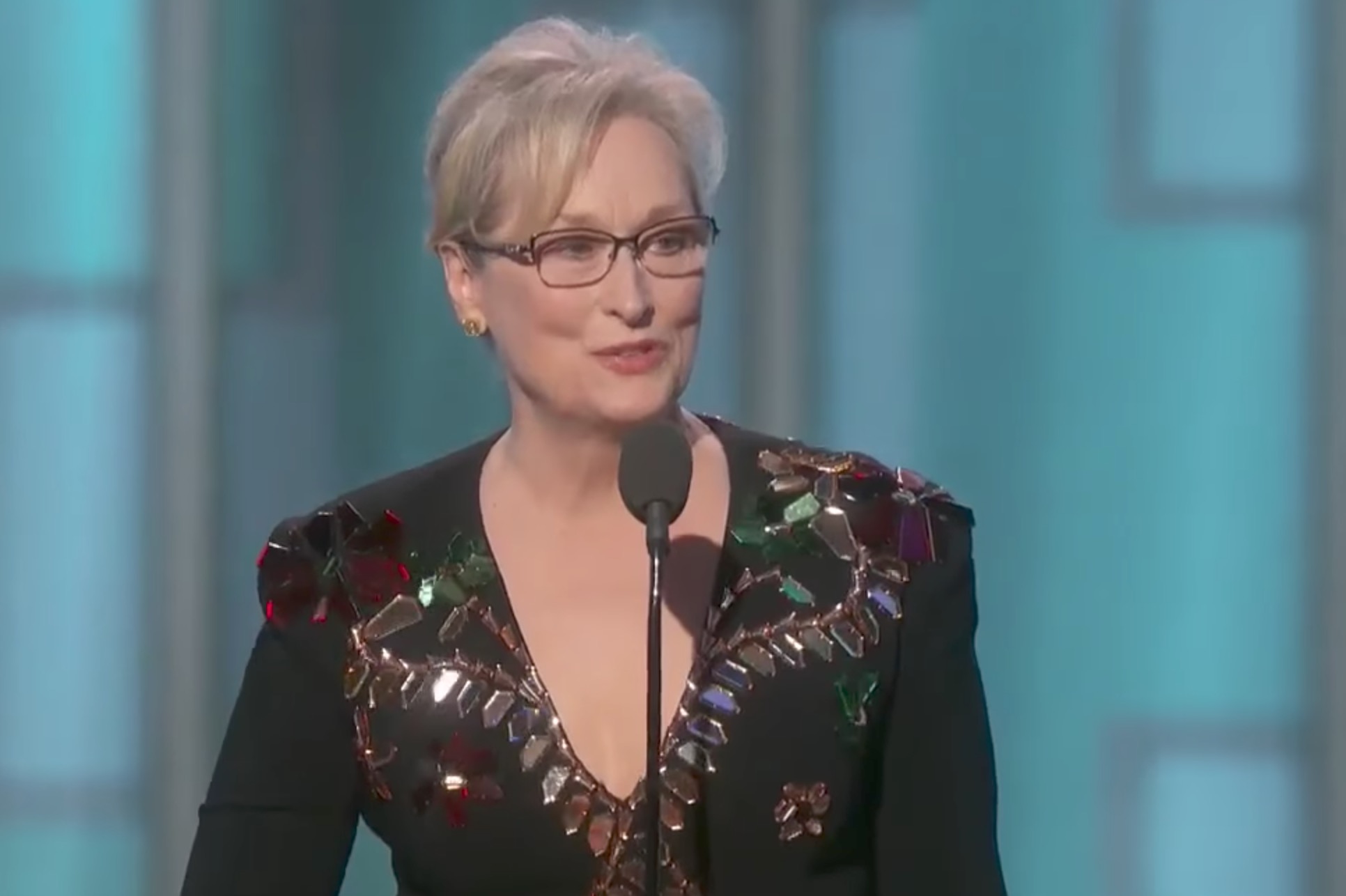 While she once called Harvey Weinstein “God,” actress Meryl Streep has changed her tune on the Hollywood titan in light of the bombshell report exposing numerous sexual harassment allegations against him.

In a statement to HuffPost, Streep referred to Weinstein’s sexual misconduct accusations as “inexcusable” behavior and an “abuse of power.” The Academy Award winning actress was certainly definite in her condemnation of Weinstein’s sins, but she did spend the majority of her statement covering for herself and others in the entertainment industry — saying that “not everybody knew,” including her.

“The disgraceful news about Harvey Weinstein has appalled those of us whose work he championed, and those whose good and worthy causes he supported. The intrepid women who raised their voices to expose this abuse are our heroes.

One thing can be clarified. Not everybody knew. Harvey supported the work fiercely, was exasperating but respectful with me in our working relationship, and with many others with whom he worked professionally. I didn’t know about these other offenses: I did not know about his financial settlements with actresses and colleagues; I did not know about his having meetings in his hotel room, his bathroom, or other inappropriate, coercive acts. And If everybody knew, I don’t believe that all the investigative reporters in the entertainment and the hard news media would have neglected for decades to write about it.

The behavior is inexcusable, but the abuse of power familiar. Each brave voice that is raised, heard and credited by our watchdog media will ultimately change the game.”

As Weinstein’s entertainment and media enablers are being called out and dragged into the scandal, it makes sense why Streep — an actress who has worked extremely closely on multiple huge Weinstein projects — would want to distance herself from the situation. Streep and Weinstein collaborated on August: Osage County and The Iron Lady, among other films.

It was during her 2012 Golden Globe acceptance speech for her role in The Iron Lady where Streep now infamously said, “I just want to thank my agent and God Harvey Weinstein.”

Streep’s strongly-worded statement comes the morning after Weinstein was terminated from the Weinstein Company over the continually multiplying allegations.