Was Duff Goldman’s Inauguration Cake Commissioned By A Text From Hillary? 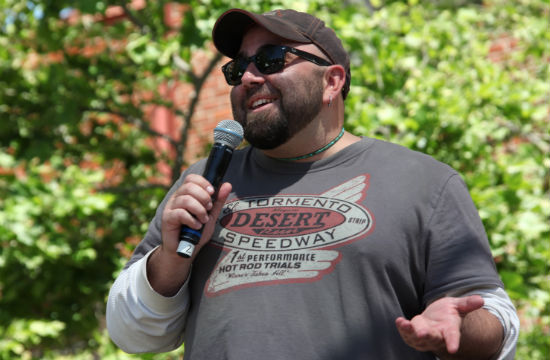 Duff Goldman was busily toiling away yesterday at the cake for one of the two official, White House-sanctioned Inaugural parties, which will be unveiled tonight at the Commander-In-Chief Ball.

Sasha and Malia Obama are well-documented Ace of Cakes fans, but Duff also created a cake for Hillary Clinton back when she was First Lady. When asked by Bon Appetit if she had asked him personally to bake the Inaugural Ball cake, he joked, “Yeah, Secretary Clinton had the cake and made an executive decision, called the president, and said, ‘I’m making a solid here, this is amazing, this is what you’re getting.’ On her cell phone, like [Texts From Hillary].” 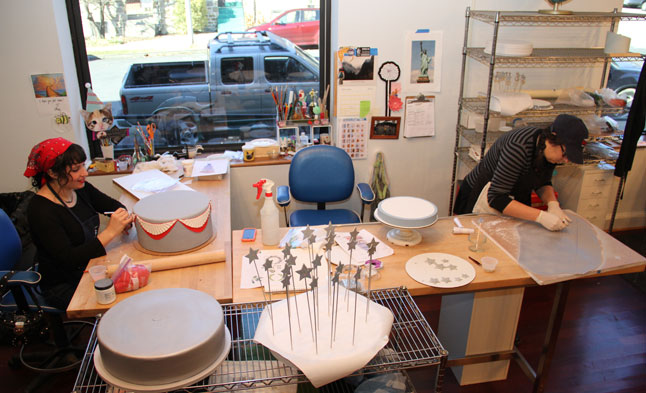 The cake in progress. Image via Bon Appetit.

So, while the pineapple coconut layer is obviously a nod to President Obama’s Hawaiian roots, how would a Mitt Romney inauguration cake have differed? Try to contain your snorts. Said Duff:

“President Romney…The flavor would be durian fruit. This isn’t political at all; I’m a lover of all things sports. Romney was at [boxer Manny] Pacquiao’s last fight [in Las Vegas on Dec. 8, versus Juan Manuel Marquez], and some people think Romney was a bad-luck charm — Pacquiao got knocked out. So I’d make him a durian-flavored cake. Durian’s from the Philippines, like Pacquiao, and durians smell really bad but taste really good. It would be kind of a joke but it would still be delicious.”

Check out a clip of the prep below.