As Trump Trial Begins, Susan Collins Becomes Most Unpopular Senator in the Country 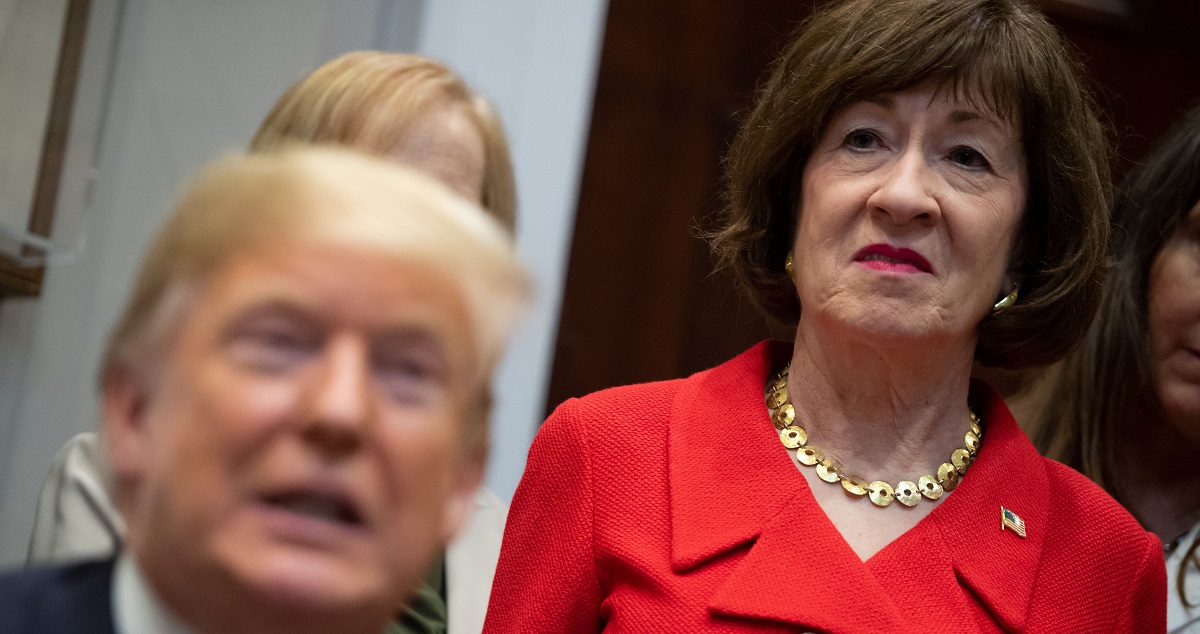 As the impeachment trial of President Donald Trump begins, Maine Republican Susan Collins has taken the lead as the country’s most unpopular senator, according to a new poll.

On Thursday, the entire Senate was sworn in for Trump’s impeachment trial, and Collins is among a handful of GOP senators who are being closely watched to see whether they will cross party lines to vote in favor of witness testimony and document subpoenas.

A new Morning Consult poll may weigh heavily on Collins’ mind at a time like this. On Friday, she overtook Kentucky Senate Majority Leader Mitch McConnell to top the poll’s list of most “Unpopular Senators.”

What that says to Collins about impeachment is anyone’s guess. She has been hinting at the possibility that she may exercise some independence from her party, but that’s a tune that is likely familiar to voters in her state by now.

And Independent Maine Sen. Angus King, who votes with Democrats most of the time, has the approval of 58 percent of Maine voters, versus 31 percent who disapprove. That places him at the opposite end from Collins, making him the 5th most popular senator in the poll.