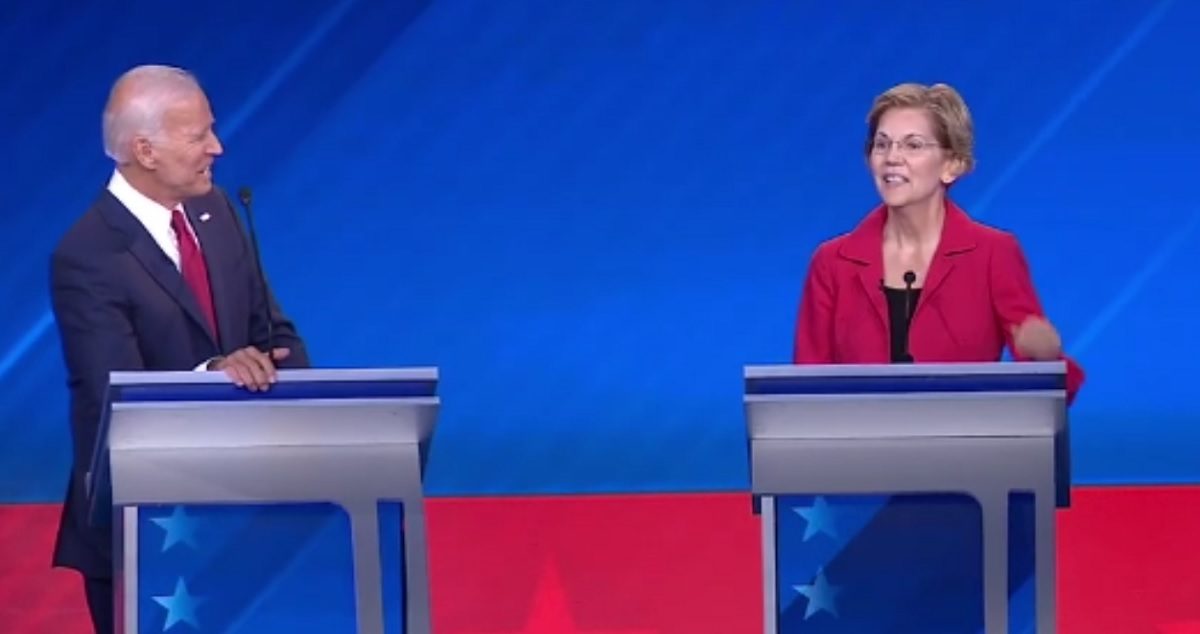 Former Vice President and Democratic presidential candidate Joe Biden has re-taken a slim lead in the RealClearPolitics polling average — which he briefly lost to Massachusetts Senator Elizabeth Warren — and surged significantly with black voters in the most recent poll considered.

On Tuesday, Warren took the lead in the RCP average for the first time, 26.6 percent to Biden’s 26.4, but two days later Biden is back in the lead by a .2 percent margin. That’s because of a new Economist/YouGov poll that still shows Warren leading, but in which Biden improved on his performance since the last time the poll was taken.

Overall, Warren leads Biden in that poll 29 percent to Biden’s 25, but that result is tighter than the 28-22 percent margin from last week’s Economist/YouGov poll. That’s not the most auspicious way to retake a lead, but it beats a poke in the eye with a sharp stick.

California Senator Kamala Harris’ overall support in this poll was flat at 5 percent, but she ticked up two points with black voters and five points with Hispanic voters, while losing one point with whites.

There’s a bit of good news for Bernie Sanders, who only lost one point in this poll, and has seen his RCP average tick slightly up since his heart attack last week.

Warren has significant momentum nationally, and has seen her support double since July, but she’s only gained five points with black voters since then. The Democratic primary calendar gives outsize influence to predominantly white states like Iowa and New Hampshire, but a diverse coalition is crucial to the success of the party’s primary candidates. Warren leads the RCP average in Iowa, but trails Biden in every other state that the site is tracking.

Conversely, Biden’s overall support is the same as it was in July, while he has continued to gain with black voters. But Warren’s surge nationally has garnered a lot of positive media coverage, which is a huge advantage in the era of earned media. Both campaigns should pay attention to these trends, as should the rest of the field.