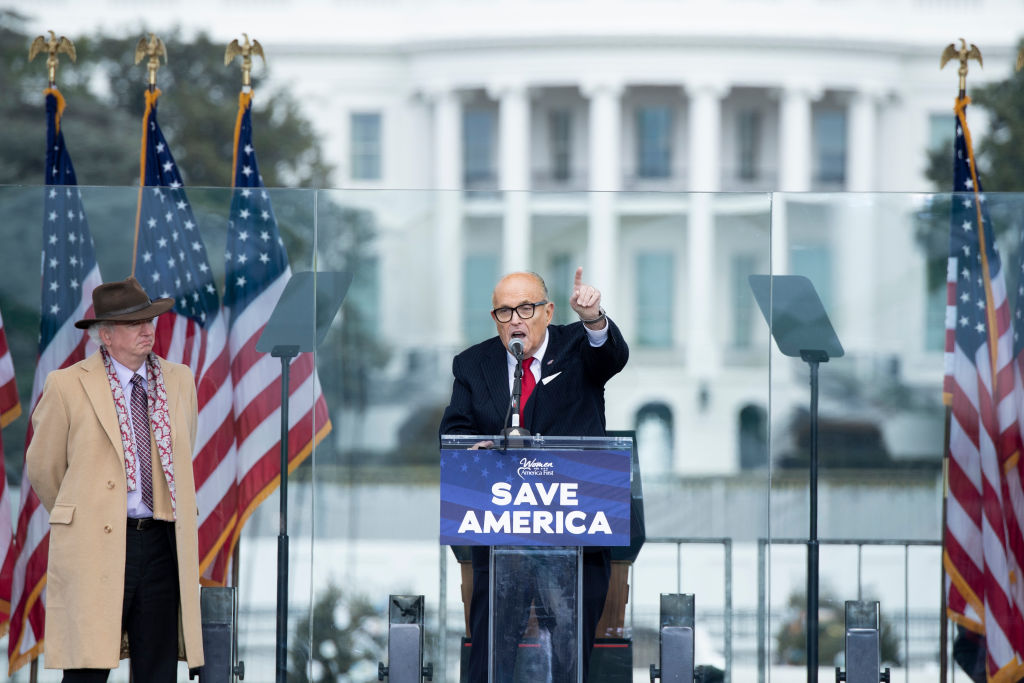 Dominion Voting Systems’ legal counsel blasted letters to a number of pro-Trump public figures and social media sites on Thursday, demanding they preserve evidence that could lead to possible litigation for defamation.

The election machine company, which has already filed a lawsuit against attorney Sidney Powell and Trump lawyer Rudy Giuliani seeking $1.3 billion from each of them in damages, looks to be nowhere near done in terms of its legal campaign to clear its name.

Attached to Smith’s tweet were pictures of the letter sent out to the social platforms, which had 22 conservative people and entities listed on it.

Dominion just sent letters to the social platforms asking them to preserve posts, and offered a glimpse at their target list: pic.twitter.com/W3WzepFgiL

“We respectfully request that YouTube preserve and retain all posts, messages, documents, data, and electronically stored information relating in any way to Dominion or the disinformation campaign referenced above. This preservation request applies to posts and comments about Dominion that YouTube has removed for violating its terms of use,” Dominion wrote to YouTube.

Notably, Fox News has featured interviews with a Dominion spokesperson and debunked false claims made about the company’s machines switching votes. Yet, Fox News’ coverage and opinion programing of alleged voter fraud in the 2020 election has also resulted in the network being hit with a $2.7 billion lawsuit on Thursday by Smartmatic, an election software company.

Fox News declined to comment on the letter when asked by Mediaite, and Newsmax didn’t return Mediaite’s request for comment.

Other notable figures to land on the list included former President Donald Trump and his campaign along with Trump campaign lawyer Jenna Ellis.

Bongino, Wood, and The Epoch Times were all contacted by Mediaite seeking comment on the letter but didn’t respond by the time of publication.