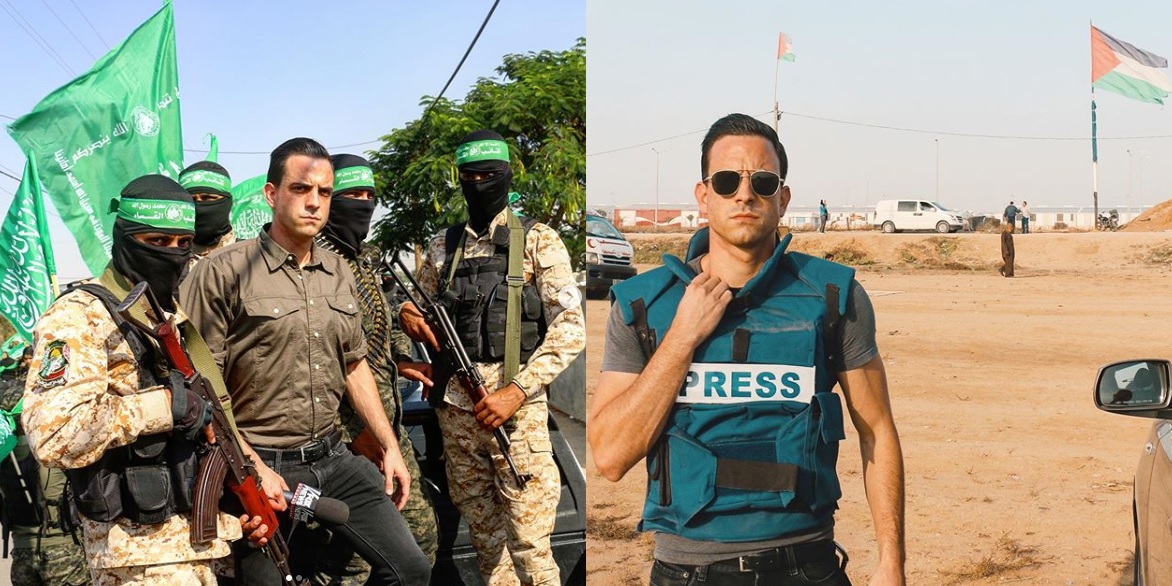 Fox News Channel foreign correspondent Trey Yingst embedded himself deep into the Gaza Strip for on-the-ground reporting, this week, including an interview with a spokesman for the military wing of Hamas, and an on-location report on the aftermath of the Israeli assassination of a militant jihadist.

On Tuesday, Yingst, who previously worked as OANN’s White House Correspondent, reported on the Israeli airstrike which killed the leader of the Islamic Jihad Movement in Palestine, Baha Abu al-Ata, live from the Gaza Strip.

“We just got back from the location where the assassination took place. What we saw there, children from the neighborhood rummaging through the rubble that was left. Part of the house is still standing and there were Islamic Jihad militants armed with machine guns standing outside blocking people from getting inside,” Yingst reported. “You could look up into the room where he was killed and you saw clothing strewn throughout the rubble.”

“Additionally, while we were there, this is a neighborhood in the eastern part of the Gaza strip… There are many militant families that are part of the Islamic Jihad in this area, and as we were at the site, they were firing rockets just streets away,” he detailed, noting, “You could smell the gunpowder and the smoke coming from those rockets.”

“Earlier today one of those rockets from the Islamic Jihad misfired, hitting a building next to where we are standing. The building we are in did take some shrapnel,” Yingst proclaimed.

Yingst has also allegedly been the only foreign journalist reporting from the Gaza Strip this week.

On Instagram, Yingst posted a picture with the Hamas military wing soldiers:

The only American correspondent given access to speak with the military wing of Hamas in the past few years. They are known as the al-Qassam Brigades.

On assignment in the Gaza Strip.

In March, in an interview with Mediaite from Israel, Yingst commented, “Covering the Trump White House certainly prepared me for this job. Like in Washington, things change very quickly here and you have to be ready to adapt. I’ve had rockets fired overhead in the middle of a live shot, grenades explode behind me and interviews with groups that are considered by the United States to be terrorist organizations.”

“My approach as a journalist hasn’t changed though. My goal every day is to bring viewers a fresh, objective and accurate story,” he declared. “I’m thankful to work for a company that supports me in doing old fashioned journalism. We have an incredible team here in Jerusalem that works closely with our offices in New York and DC to get the latest information in the safest way possible.”

Yingst has also reported from the ground in Syria.

“The bottom line is that I’m proud to report alongside these journalists each day. They put in long hours to practice the craft at the highest level. Their work speaks for itself,” he expressed.