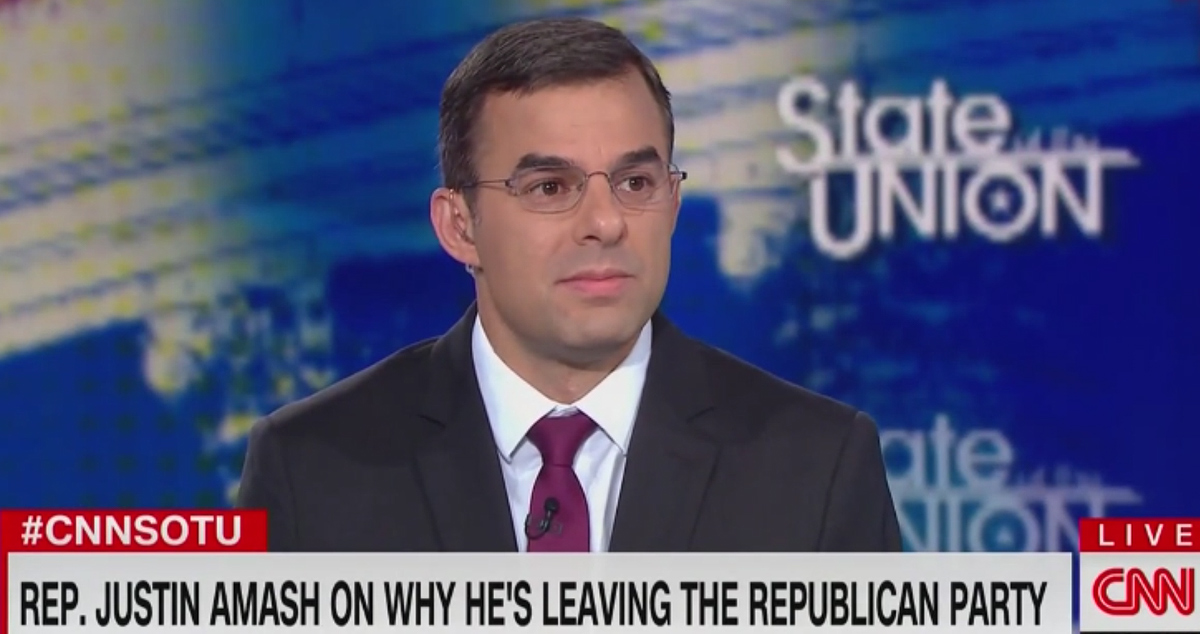 Rep. Justin Amash (I-MI), a small government conservative who recently ditched the Republican party, suggested in a subtle tweet that he is looking “closely” at challenging President Donald Trump for the White House.

The congressman who fled from the GOP last year over Trump has repeatedly criticized the president’s stunning claim at a White House press briefing that his “authority is total.”

“Americans who believe in limited government deserve another option,” Amash said in response to Trump’s remark.

Americans who believe in limited government deserve another option. https://t.co/c7P2vOTyOe

In response to a Twitter user asking that Amash put himself forward as that option, the congressman stated, “Thanks. I’m looking at it closely this week.”

Thanks. I’m looking at it closely this week.

Also on Tuesday, Amash put forward a one sentence resolution with Reps. Dean Phillips (D-MN) and Tom Malinowski (D-NJ) declaring “when someone is the president of the United States, their authority is not total.”

I introduced this one-sentence House resolution this morning, with @RepDeanPhillips and @justinamash.

We can only pass things with unanimous consent these days, so I’m curious if anyone will object. pic.twitter.com/2MQKSAgIaQ