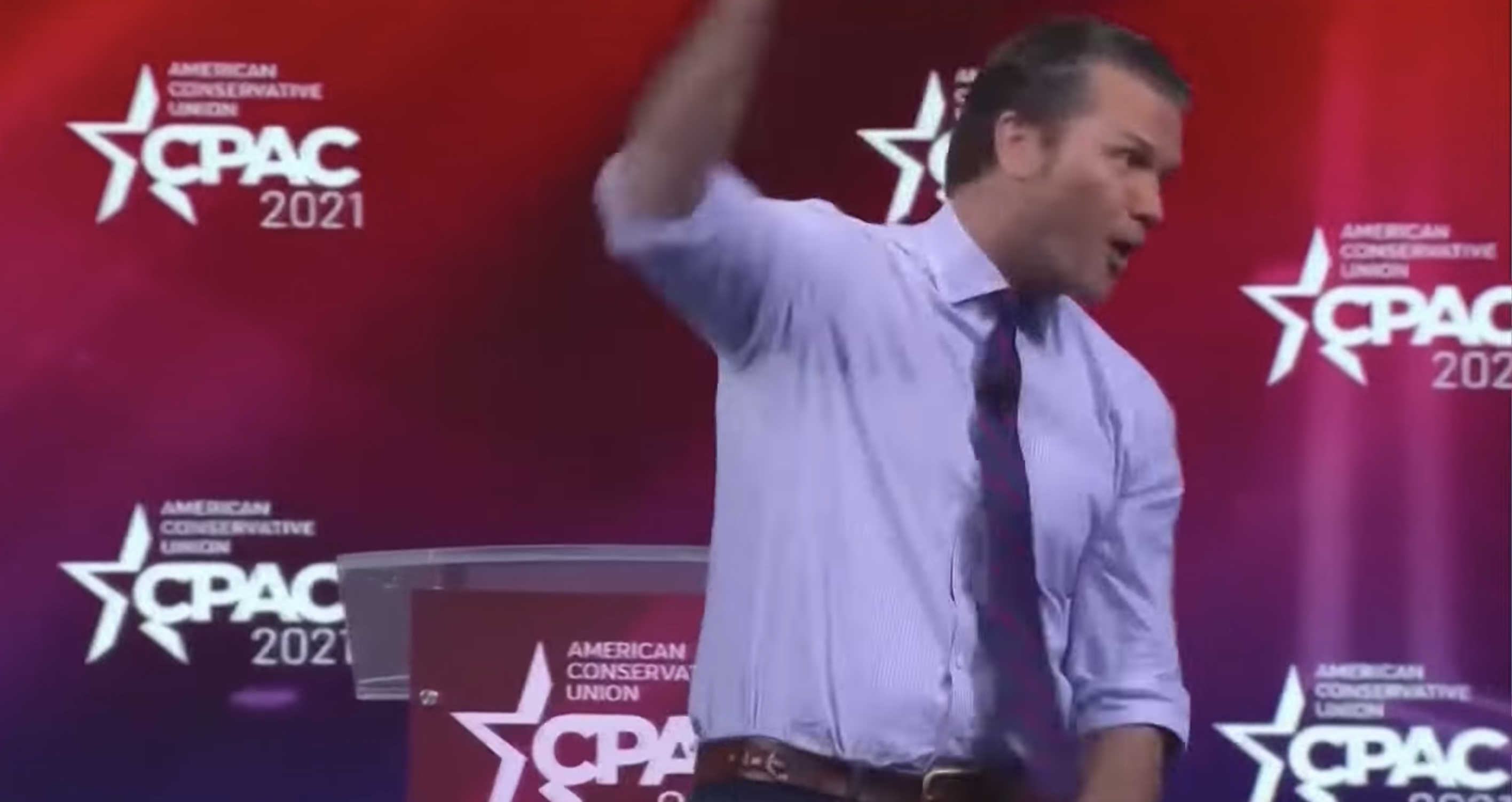 Fox and Friends weekend host Pete Hegseth was brutally mocked on Twitter after claiming at the Conservative Political Action Conference (CPAC) that people he speaks with at diners across America are talking about the 10th Amendment.

“I sit down with a school teacher, or a construction worker, or a small business owner, or a cook at a restaurant, or a waitress at the restaurant we’re at,” Hegseth stated.

Pete Hegseth says that when he sits down with real Americans at diners across this nation, “they’re not talking about esoteric things that the Ivy League talks about.” They’re talking about things like the Bible, standing for the national anthem … and the 10th Amendment. pic.twitter.com/YELviZB1nH

Needless to say, many Twitter users were skeptical about how many folks were really hanging out at diners and discussing the finer points of this constitutional provision.

Fwiw we led our show last night with the fact the minimum wage is too low and it’s too hard to make ends meet for too many Americans. But maybe that’s more esoteric than the 10th amendment, I dunno. https://t.co/bgB66H9GDs

It’s true. When I go back to Arkansas and I’m eating at the local Denney’s, people simply can’t stop talking about the 10th Amendment and standing for the anthem. I ask what they think of the weather and they say the pledge of allegiance https://t.co/hdVCCzVBbx

Yeah the Cracker Barrel is always filled with people talking about the 10th Amendment that’s totally a real thing https://t.co/nphK6nHCoz

$10 says that if you poll every single person sitting in any given bar, 90% of them cannot tell you what the 10th Amendment says without googling it. https://t.co/X0ZGAxawEv

I was just saying to the lady bringing me my pancakes. “Man..how about that 10th Amendment?” She was like “right! Federalism is so important to me and my kids futures!”

Every time I’m in a Real American Diner, all the 10th amendment talk is honestly too much. Can’t even hear myself think! https://t.co/8pUpRdZdk4

Normal Americans are not sitting around discussing the intricacies of the 10th amendment Pete https://t.co/1pGe5ifdmU

Watch above, via Right Wing Watch.