4 Most Stunning Quotes From James Mattis’ Scathing Condemnation of Trump 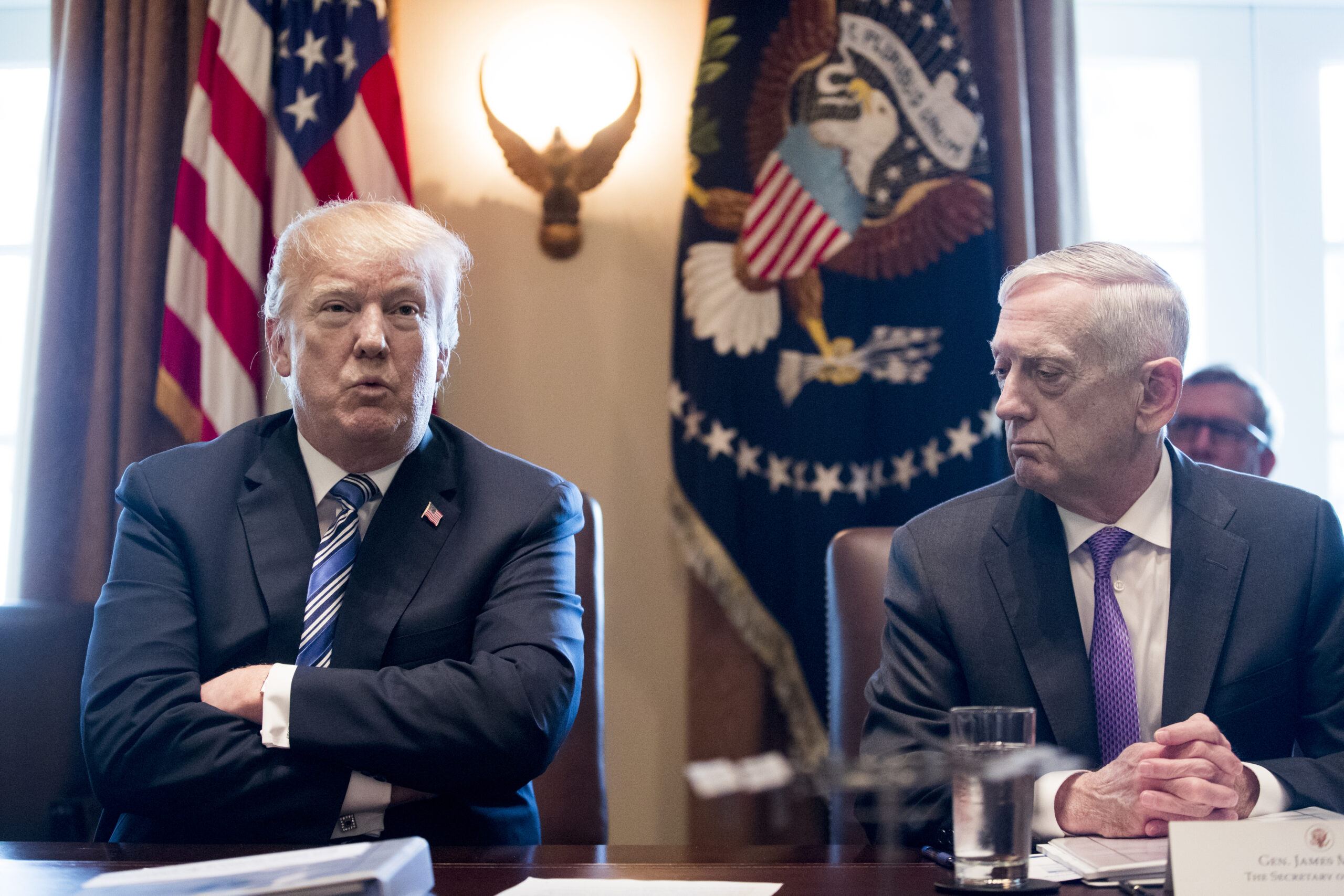 In February 2019, Mattis, a retired US marine general, resigned from the Secretary of Defense under Trump’s administration. Months later, in an interview also with the Atlantic, Mattis said “he had no choice but to leave,” but kept his reasoning behind the move vague.

Wednesday’s comments come in the midst of nationwide protests following the death of George Floyd. All four officers involved in Floyd’s fatal arrested are expected to be charged, but critics say Trump has not done enough to addressed the protests. He held a seven-minute speech in the Rose Garden Monday, but abruptly left for a photo op with a Bible at St John’s Episcopal Church.

Since, Trump has advocated for the use of the Insurrection Act of 1807 to deploy military to contain protests without the permission of any of the 50 state’s governors.

Here’s the most stunning quotes from Mattis’ latest interview.

1. Trump “doesn’t even pretend to try” to unite the American people.

Mattis criticized Trump’s response to the protests, saying, “We are witnessing the consequences of three years of this deliberate effort.” While Mattis worked under Trump for two of those years, these are the first comments of Mattis where he’s public attacked the President.

Donald Trump is the first president in my lifetime who does not try to unite the American people—does not even pretend to try. Instead he tries to divide us. We are witnessing the consequences of three years of this deliberate effort. We are witnessing the consequences of three years without mature leadership. We can unite without him, drawing on the strengths inherent in our civil society. This will not be easy, as the past few days have shown, but we owe it to our fellow citizens; to past generations that bled to defend our promise; and to our children.

Mattis began to contrast the American ideology with that of Nazi Germany. While the Nazi ideology was “Divide and Conquer,” Mattis said, America’s answer should be “In Union, there is Strength.”

We do not need to militarize our response to protests. We need to unite around a common purpose. And it starts by guaranteeing that all of us are equal before the law… Instructions given by the military departments to our troops before the Normandy invasion reminded soldiers that “The Nazi slogan for destroying us…was ‘Divide and Conquer.’ Our American answer is ‘In Union there is Strength.’” We must summon that unity to surmount this crisis—confident that we are better than our politics.

3. For America to be admired once again, it must return to its “founding ideals.”

Mattis called Trump’s clearing of protests near the White House Monday night an “abuse of executive authority.” Moving forward, Mattis uses a quote from Abraham Lincoln and says America must return to its “founding ideals.”

On May 3, Trump told Fox News that he believes he’s treated worse than Lincoln, who was assassinated.

We know that we are better than the abuse of executive authority that we witnessed in Lafayette Park. We must reject and hold accountable those in office who would make a mockery of our Constitution. At the same time, we must remember Lincoln’s “better angels,” and listen to them, as we work to unite.

Only by adopting a new path—which means, in truth, returning to the original path of our founding ideals—will we again be a country admired and respected at home and abroad.

4. Mattis decided this weekend that he couldn’t remain silent anymore after hearing officials talk of cities as a “battlespace” and seeing the president’s “bizarre photo op.”

Mattis decided to speak out against Trump and the White House this weekend, writes the Atlantic‘s Jeffrey Goldberg. Goldberg says, “In his statement, Mattis makes it clear that the president’s response to the police killing of George Floyd, and the ensuing protests, triggered this public condemnation.”

When I joined the military, some 50 years ago, I swore an oath to support and defend the Constitution. Never did I dream that troops taking that same oath would be ordered under any circumstance to violate the Constitutional rights of their fellow citizens—much less to provide a bizarre photo op for the elected commander-in-chief, with military leadership standing alongside.

We must reject any thinking of our cities as a “battlespace” that our uniformed military is called upon to “dominate.”