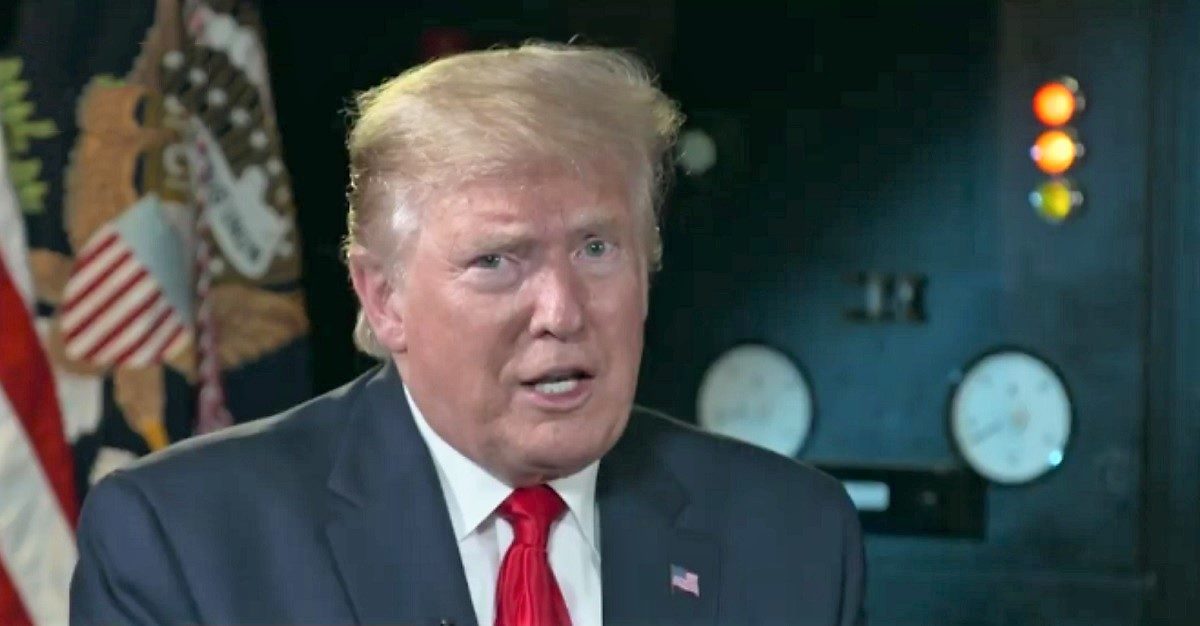 On Thursday morning, Trump posted a series of tweets trying to mitigate the impact of his interview with ABC News’ George Stephanopoulos, in which Trump said his own FBI director was “wrong” to say that attempts by foreign governments to offer information on political opponents should be reported to the FBI, and expressed openness to such attempts in the future.

First, Trump tried to conflate ordinary diplomacy with foreign election interference, asking if he should “call the FBI” after speaking with world leaders like “the Prince of Whales” (he later corrected the spelling).

Then, Trump posted a series of tweets referencing a pair of incidents involving Warner, who is the ranking member on the Senate Intelligence Committee, and Schiff, the chairman of the House Intel Committee.

When Senator @MarkWarnerVA spoke at length, and in great detail, about extremely negative information on me, with a talented entertainer purporting to be a Russian Operative, did he immediately call the FBI? NO, in fact he didn’t even tell the Senate Intelligence Committee of….

….which he is a member. When @RepAdamSchiff took calls from another person, also very successfully purporting to be a Russian Operative, did he call the FBI, or even think to call the FBI? NO! The fact is that the phony Witch Hunt is a giant scam where Democrats,…

….and other really bad people, SPIED ON MY CAMPAIGN! They even had an “insurance policy” just in case Crooked Hillary Clinton and the Democrats lost their race for the Presidency! This is the biggest & worst political scandal in the history of the United States of America. Sad!

In Warner’s case, Trump is referring to text message exchanges with a lobbyist — not an entertainer purporting to be a Russian operative — in which Warner attempted to make contact with dossier author Christopher Steele. Warner undertook these contacts in his capacity as ranking member, and with the knowledge of Republican Committee Chairman Richard Burr.

Trump’s second tweet referred to an incident in which a pair of Russian comics prank called Schiff purporting to be Ukrainian — not Russian — and offered information about Trump to Schiff in his capacity as Intel committee ranking member. But Schiff says he knew the call was bogus, and that he immediately alerted law enforcement.

As for “spying” on Trump’s campaign, that term itself has become somewhat controversial when it was used by Attorney General William Barr to describe legitimate law enforcement activities. But in the sense that the FBI produced evidence showing there was probable cause to believe a crime was being committed in order to obtain surveillance warrants, Trump’s campaign was “spied on.”