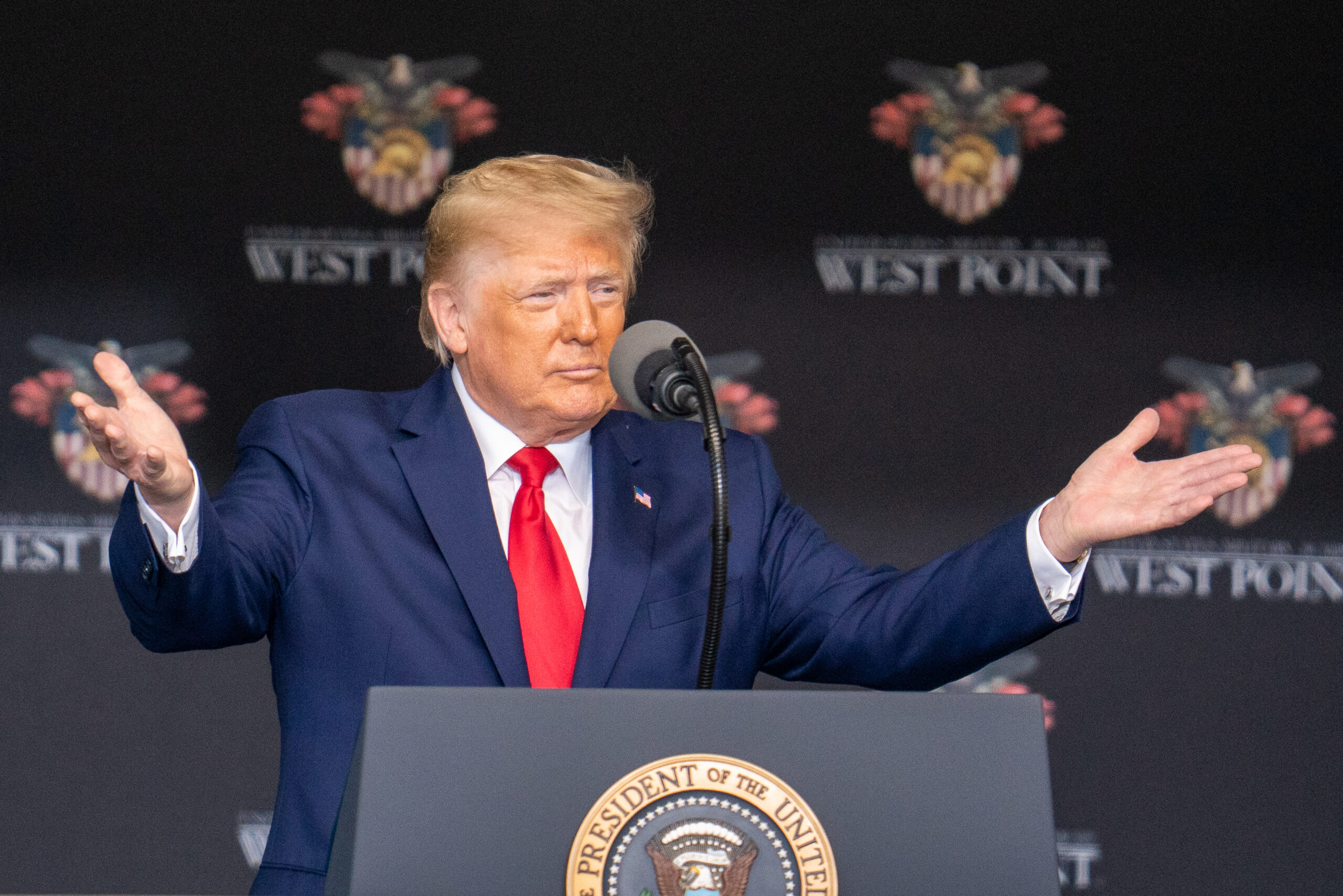 President Donald Trump’s rally in Portsmouth, New Hampshire is being postponed due to weather concerns and is expected to happen in a “week or two,” the White House announced Friday.

The decision comes as Portsmouth’s police commissioner, Stefany Shaheen, said it’s likely that 80 percent of the thousands of rally-goers will come from out of state. Unlike most of the nation, New Hampshire’s Covid-19 numbers are dipping and the state recorded just 21 new cases on Thursday.

“Every expert, the president’s own experts, the CDC, Dr. [Anthony] Fauci have said mass gatherings should be avoided,” Shaheen said. “…I have seen license plates from Texas, North Carolina, with Trump bumper stickers on the cars and bringing people into the state for a mass gathering.”

In a tweet referenced on-air, Shaheen also said that Trump is “essentially waging biological warfare” while the rally is “EXACTLY what we want to avoid.” She also called the rally “dangerous” and “unacceptable” with the potential of becoming a “superspreader” event on CNN Friday afternoon.

The “Make America Great Again” rally was expected to begin at 8 p.m. EST. on Saturday outside the Portsmouth International Airport, but it’s new time and date is unclear. While being outdoors reduces the spread of the novel virus, the CDC still advises to avoid mass gatherings.

On Friday morning, White House adviser Kellyanne Conway downplayed hype around the rally, saying on Fox & Friends, ““I think there are so many millions literally of Trump/Pence voters who don’t want to go to rallies because they are already supporting the president.”

In an interview with NBC News, a campaign official bluntly said about the New Hampshire rally, “We can’t have a repeat of Tulsa,” in reference to its low turnout numbers.