WATCH: Pelosi Rips Her Mask Off for a Photo in the Capitol 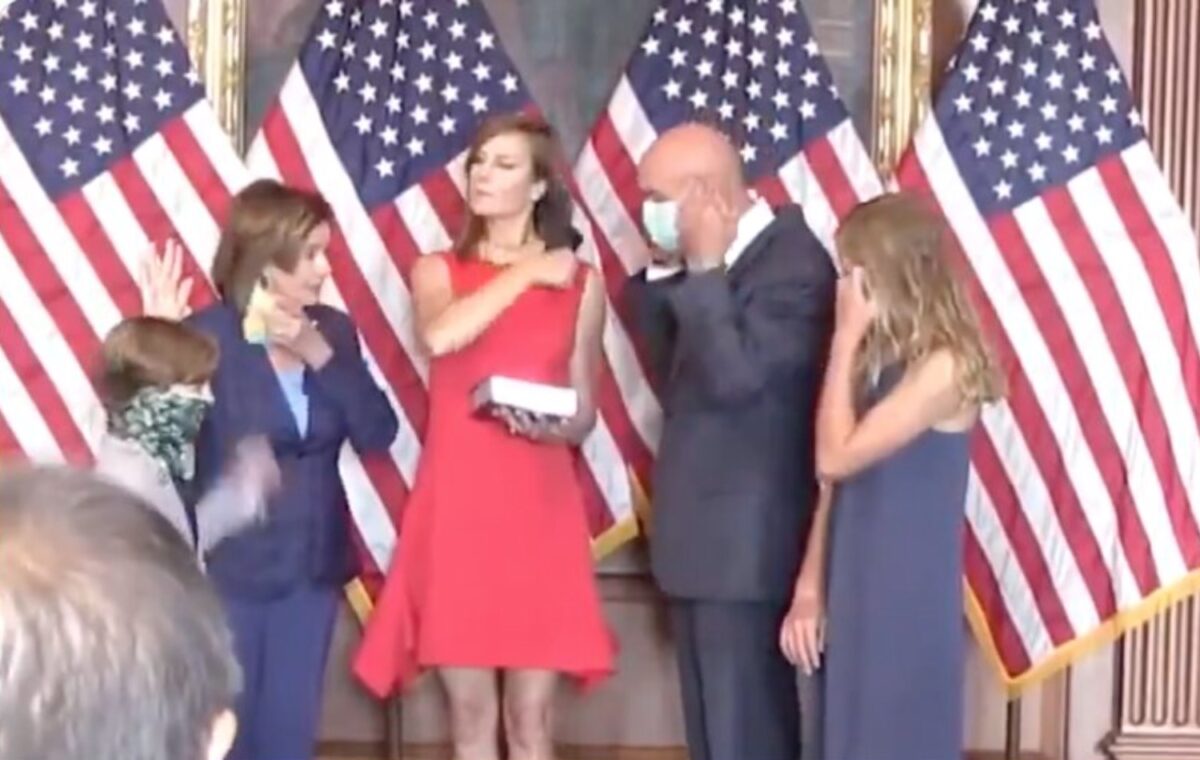 House Speaker Nancy Pelosi tore off her face mask in the Capitol on Friday to take a photo with a new Republican congressman and his family — after she imposed a fine on other members who did the same, and threatened infringing visitors with arrest.

Pelosi was swearing in Jake Ellzey, who won a special election to fill the Texas House seat left vacant by the late Rep. Ron Wright (R), who died this year at the age of 67 after contracting Covid-19. Video showed Ellzey, his wife, and their two children — McCall, 12, and Jack, 9 — taking a photograph with Pelosi when someone off-camera shouted a suggestion that they should remove their masks. Pelosi obliged, followed by Ellzey and his family members.

Drug companies are still conducting Covid-19 vaccines trials for children younger than 12, which means Ellzey’s children are not likely to have been vaccinated against it.

Nancy Pelosi takes off mask, breaking her own mandate, for a photo. pic.twitter.com/dxGIs4zHtT

Pelosi re-instituted a demand this week that House members who refuse to wear masks in “House Office Buildings, the Hall of the House, and House committee meetings” pay a $500 fine for their first offense, and a $2,500 fine for each additional offense. It isn’t clear whether the mandate was intended to apply to the Speaker’s Lobby outside the House Chamber, where the photograph appeared to have been taken.

Capitol Police were additionally directed on Wednesday to arrest any visitors or staff members spotted without masks “throughout the Capitol grounds.” They were advised not to arrest members of Congress, but to report them.

House Republicans marched on the Senate — where members are not required to wear masks — on Thursday in protest of the measure, while Reps. Thomas Massie (R-KY), Marjorie Taylor Greene, (R-GA) and Ralph Norman (R-SC) announced this week that they were filing a lawsuit against the 82-year-old “tyrant.”