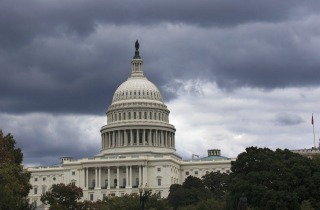 In early December, a year-end review of congressional productivity in 2013 uncovered a bleak truth: The 113th Congress is on pace to be one of the least productive national legislatures in American history.

The news spread across the media landscape like a brushfire with the commentariat entering a race to outdo one another in their disproportionate displays of revulsion over congressional inactivity. Few posited an objective reason for why having a relatively lethargic Congress was so terrible. Many in the press presented this revelation as self-evidently regrettable, feeling no pressure to justify this impression.

In fact, this prejudice within much of the establishment political press to welcome activist government for its own sake has characterized virtually every contentious issue that was publicly litigated over the course of 2013. From New Year’s Day until today, the political media has been pressing, agitating for the Congress to do “something” -– often for its own sake. The efficacy of that something was, in most cases, deemed irrelevant if only by virtue of how rarely the press even discussed the value of those various somethings.

On Saturday, the nation will mark the tragic anniversary of the unspeakable massacre of school children and teachers in Newtown. That atrocity sparked a push by Democratic legislators, liberal activists, and their allies in the press to pass new gun laws on the federal level. That push was, ultimately, unsuccessful. As it became clear that not even modest amendments to national gun laws would be passed by Congress, political commentators took turns rending garments over how gravely the legislature had abdicated its responsibility to provide for the public good.

But new gun laws did not fail in a vacuum. Those with even a modest concern for whether congressional actions are justified observed repeatedly that no new measure under consideration would have averted the tragedy in Connecticut and would be unlikely to prevent any future episode of mass gun violence. This empirically true observation was greeted with revulsion by supporters of activist government.

“We have to do something,” insisted legislators like Rep. Carolyn McCarthy (D-NY). That something, regardless of its worth or practicality, was always the paramount goal. It was shared in the media. With the passions of the moment having cooled with time, some media outlets are willing to concede that none of the proposed new gun measures would have prevented another massacre. Many still accept, however, the moral supremacy of the emotionally charged argument that the government must act, even if that action is misguided.

RELATED: 2013 Congress One of the Least Productive in History

Comprehensive immigration reform, too, became a subject in 2013 which the political press discussed in the breathless cadence associated with a crisis. Countless broadcast hours were devoted to admonishing congressional Republicans for their inaction and warning their party’s very existence depended on the reformation of the immigration system with an eye toward extending a pathway to U.S. citizenship for illegal immigrants. Again, the pattern emerges: Something, anything, must be done in service to the notion that somethings are better than nothings.

While immigration reform, though not of the comprehensive variety, may yet pass in 2014, there will be no legislation addressing this issue this year. The logic behind the GOP’s inactivity is not without merit. Republicans raised persistent objections, not over the necessity of reforming the immigration system, but to how the provisions contained within any immigration reform measure may or may not be enforced by the White House.

President Barack Obama created the impression, given his propensity to avoid enforcing problematic provisions the Affordable Care Act, he would take advantage of his prerogative to simply ignore border enforcement provisions the instant a valued Democratic constituency objected to them. From the media’s perspective, however, the failure to pass immigration reform for the second year in a row lay squarely at the feet of recalcitrant, xenophobic Republicans. Their objections, valid and based in lived experience, were never taken especially seriously in the media.

The government shutdown of early October represented perhaps the greatest display of contempt for the political media’s activist bias. Not only would new laws not be passed for their own sake, but existing government activity would be constrained. The political press’ sensibilities were so greatly offended that few bothered to disguise their disgust with the shutdown even if only to maintain the semblance of objectivity.

But all of the above could be construed simply as a bias in favor of Democratic policy priorities. This would be a mistaken impression, as a recently struck bipartisan budget deal proves that government activism, virtually regardless of the beneficiary, is the media’s preferred state of affairs.

The announcement that Senate and House budget committee chairs had reached an agreement to pass a budget – a first since 2009 – was greeted in the media as a feat on par with the moon landing. As details of the agreement emerged, however, those attacking the compromise as suboptimal were largely vindicated. Conservatives lamented the phantom spending cuts, which are likely to fail to materialize in the years to come, as well as the Senate’s new ability to pass tax increases. Liberals scoffed at the failure of the deal to extend unemployment benefits into the new year. In fact, the deal’s only real accomplishment is to prevent future government shutdowns – a political benefit that will be enjoyed exclusively by congressional Republicans.

But the deal remains the cause of celebrations in the media, not because it accomplishes much but because it keeps the government open, working, and paves the way for future government activism.

2013 has demonstrated clearly that the political press is biased in favor of activity. Who can blame them? Congressional tedium and legislative risk aversion doesn’t sell newspapers. But the vaunted members of the political media elite should be aware of their own bias toward activity for its own sake. Maybe next year, when they are confronted with a crisis that demands “something be done,” a few will have the mindfulness to ask, “Why?”