A Helpful Guide on How to Avoid Falling for Parody News Sites, Twitter Accounts

A Helpful Guide on How to Avoid Falling for Parody News Sites, Twitter Accounts 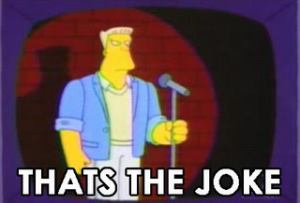 It seems like only yesterday that people were falling for a parody Twitter account as the real thing. Oh, wait. That was yesterday. It’s become an all-too-common occurrence––not just among your Facebook friends, but among people in the media. Major news outlets have been duped over and over and over again by works of satire, and it’s time we maybe stop doing that. So below are some helpful tips on how you can avoid the embarrassment of being duped.

Number one: keep a list handy of what outlets we currently know to be satire. Here’s just a few of them:

(*This one is honestly embarrassing. We’ve chronicled ten times people fell for Daily Currant stories. Each one of those words is linked to a different story about people falling for a Daily Currant story. I mean, seriously.)

For example, today The Daily Currant ran a piece titled “Ted Cruz Leaves the Republican Party.” Now, let’s say you actually are gullible enough to believe Cruz actually uttered the phrase “a certain 1970s haze has returned to the skies over our major cities.” Look at what else that particular site’s published. And once you get down to Richard Cohen saying “I’m color blind in the bedroom,” you might start to actually understand what’s going on here.

Number three: see if there are any links to other news outlets within the piece. A a general rule, pieces of satire are not aggregated from other news outlets (though sometimes the opposite happens). As Johnny Cochran never said, “If it doesn’t link, then you must think.”

Number four: there’s this thing called Google that exists now, and you can use it to check things. Like, say, whether Republican Congressman Steve Smith is a real person. That will save you the embarrassment of saying, “OMG you’re a member of Congress how dare you!”

And number five: I mean, really, if the page you’re pulling from says “COMEDY” right at the top… come on.

Look, we all know that truth can be dangerously close to fiction sometimes, and Rob Ford has proved that sometimes the best parody in the world can’t hold a candle to the real thing. But it’s a disturbing trend when people, let alone people in the news business, buy into fake news without doing something as simple as a Googls search first.

Thankfully, though, there is one thing we all can agree on: anyone who mistakes The Onion for real news should have their internet privileges revoked.