A Lesson for Bill O’Reilly on ‘Asian Privilege’ 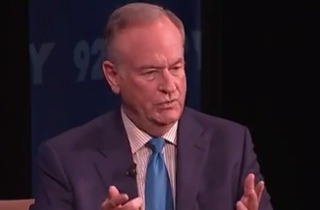 Every time someone uses statistics about the Asian-American community to tell black people, “Stop complaining, look at this other minority group and how successful they are,” I die a little inside.

So you can imagine how I felt last night when Bill O’Reilly trotted out a talking point commonly used by politicians attempting to talk race: Asian-Americans are inherently successful because they care about education and family, two values that (cough, cough) African-Americans could care about as well.

When you lump Koreans and Japanese and Chinese and Vietnamese and every other Asian-American into one, statistically-convenient demographic group, it’s true: We have a higher average household income than the rest of America, and 50% of Asian-Americans are college-educated — two clear markers of success. But those numbers are not an honest assessment of what makes Asians more successful than African-Americans.

It may seem completely obvious to point out that not every Asian is alike — Koreans are different from Chinese, who are different from Japanese, who are different from Indians and Vietnamese and Hmong, etc. — but it’s a very important distinction to keep in mind, for two reasons. First, they don’t like each other. (We’ve fought a lot of wars against each other for thousands of years. It’s a thing.) And second, their country of origin actually dictates how each ethnic group has done in America — mostly due to the history of U.S. immigration laws, which, quite literally, dictated who could come into America, and why.

For instance: Chinese and Japanese-Americans have lived in the US for over 150 years, giving them decades to establish themselves. (To be fair, they faced terrible discrimination along the way, like racial scapegoating, being deprived of civil rights, and that time where America threw thousands of Japanese-Americans into internment camps for no discernible reason.) With the Immigration Act of 1965, the US finally legalized Asian immigration into the U.S. — but only a certain amount of immigrants per country per year, and for certain reasons. Because the American government loved attracting intelligence and talent, they allowed more skilled professionals, academics, and scientists. And because the U.S. hated communism, they allowed political refugees from that part of the world.

So for every Indian accountant who saved up money to immigrate to America — likely with a cushy job waiting for them at the other end by a company that sponsored their green card — there was a Cambodian refugee, fleeing from the promises of certain death with nothing but the clothes on their backs. For every Taiwanese expat with a college degree and fluency in English, there was a Hmong refugee from rural Laos. For every South Korean who came here with some investment money and business partners, to start a business and send their kids to college, there were at least two terrified Vietnamese refugees who had lost everything they’d known, had no idea what was going to happen to them, and, in my parents’ case, were sent to rebuild their lives… in Utah.

And that history is reflected in how well they’ve done in America — not just in terms of income, but also in terms of educational attainment, the statistics O’Reilly bragged about last night.

Here is a paradoxical text case for O’Reilly: Vietnamese-Americans. They began emigrating to America after the Vietnam War, fleeing persecution from the Communists. Most of them were skilled and educated, and all of them hold reliably Asian values (emphasis on education, etc). Furthermore, Vietnamese-Americans are the most reliably right-leaning Asian constituency in the country — 54% of them voted for Romney in 2012.

So why is it that only 26% of Vietnamese-Americans have bachelor’s degrees? That seems so remarkably average — really, about 26% of Americans are college-educated — when compared to the Asian-American demographic as a whole. Cambodian, Hmong, and Laotian college graduation rates are even worse — in fact, according to Census data, they’re significantly lower than African-American graduation rates. (And, for the picky, here’s data about their high school graduation rates, which are equally as bad.)

Is it because the circumstances surrounding their immigration set them further behind? Is it because they don’t have the access to better resources, the social and economic capital, and the employment opportunities afforded to other Asian immigrants who were explicitly brought here to work? Or, if we follow O’Reilly’s logic, is it because these Asians don’t have the moral values of the better Asians?

I don’t know if O’Reilly would be able to address this disparity, though. It would shatter the convenient idea that that Asian-Americans are inherently “better” minorities than African-Americans.

Rewatch O’Reilly’s segment below, via Fox: