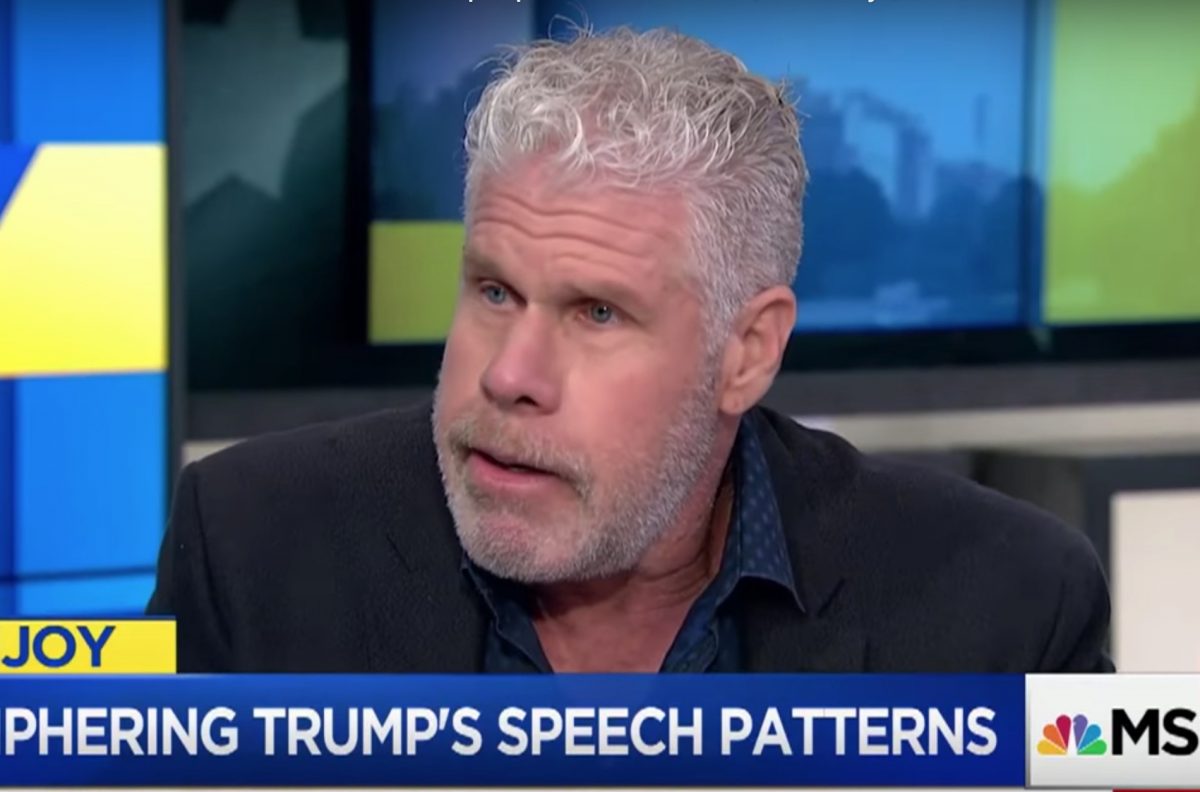 On Monday, actor Ron Perlman shared a rather, shall we say, colorful anecdote about an occasion where he met with disgraced Hollywood titan Harvey Weinstein.

“Did I ever tell ya about when Harvey Weinstein told me to make sure I shook his hand at a charity event,” Perlman wrote. “So I stopped in the mens (sic) room and pissed all over my hand, then went straight up to him on the receiving line?”

Did I ever tell ya about when Harvey Weinstein told me to make sure I shook his hand at a charity event, so I stopped in the mens room and pissed all over my hand, then went straight up to him on the receiving line? I think about that every time lil donnie opens up his KFC.

The actor, perhaps best known for his work on the long-running FX series Sons of Anarchy, was widely criticized on Twitter — particularly by conservatives — for not alerting authorities to Weinstein’s alleged sexual misconduct, and instead opting for a petty slight. (Though, it should be noted, Perlman did not specifically claim to have knowledge of Weinstein’s alleged misconduct.)

Instead of pissing on your own hand, you could have, you know, told someone what you knew about Weinstein https://t.co/qIaiWsGK6P

Secretly pissing on yourself to own the pigs, while letting them keep abusing women.

Thank goodness Harvey Weinstein’s hands had piss on them when he sexually assaulted his victims.

Not all heroes wear capes. https://t.co/HEu4iY3kai

Wait, let me get this straight: Instead of going to the police to report a serial sex predator, you…pissed on your own hand? #Hero https://t.co/MhWYO7eemE

If you knew Weinstein was a predator, why didn’t you speak out — like @Courtney did, back when that sort of thing would hurt a career? Instead, you gave him the secret pee-palm handshake? What are you, 10? https://t.co/6KrRVqbcSI

imagine being stupid enough to privately brag about pissing on your own hands, but not stop a rapist you knew about? https://t.co/GquYpVbzsb

Perlman also made reference to President Donald Trump in his tweet — eliciting a response from Donald Trump Jr.

“I think about [the Weinstein incident] every time lil donnie opens up his KFC,” the actor wrote.

So you knew he was a rapist and rather the actually do something or say anything you pissed all over your hand??? Imagine how many assaults on innocent women you could have prevented if you weren’t a coward. https://t.co/EvA7bou2bg