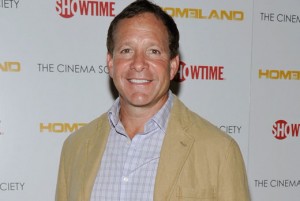 Actor Steve Guttenberg (who you may remember from Police Academy) had a Q&A with CreditCards.com recently — and, in addition to the financial questions, the interview veered into political territory. More specifically, a critique of President Barack Obama. While Guttenberg said he voted for Obama, he expressed some disillusionment, noting that “it’s hard to believe in the presidency anymore.”

Referring to the banking/financial mess, Guttenberg was asked, “Do you think Washington can reign in the misbehavior?” He responded:

So how would Guttenberg change things? He went on to make a broader argument, pivoting back to financial issues, about investing in real estate and rather than in the market:

Here’s my big point: The government should start allowing people to take their 401(k)s and invest in things other than the market. Let us invest our money in real estate, and instead of buying more shares of some inane stock, let me buy an apartment for my retirement and rent it out, and then when I’m 65, I can sell the apartment. What is this bulls— that we’re only allowed to invest in equities? It’s ruining the country. Let us invest in other things instead of the market. Enough already.

Guttenberg’s certainly not the first to question Obama’s vacations and associations with Hollywood, and certainly won’t be the last.