Alec Baldwin Fires Back at Trump Over SNL Taunt: ‘Please Tell Your Wife to Stop Calling Me’ For Tickets 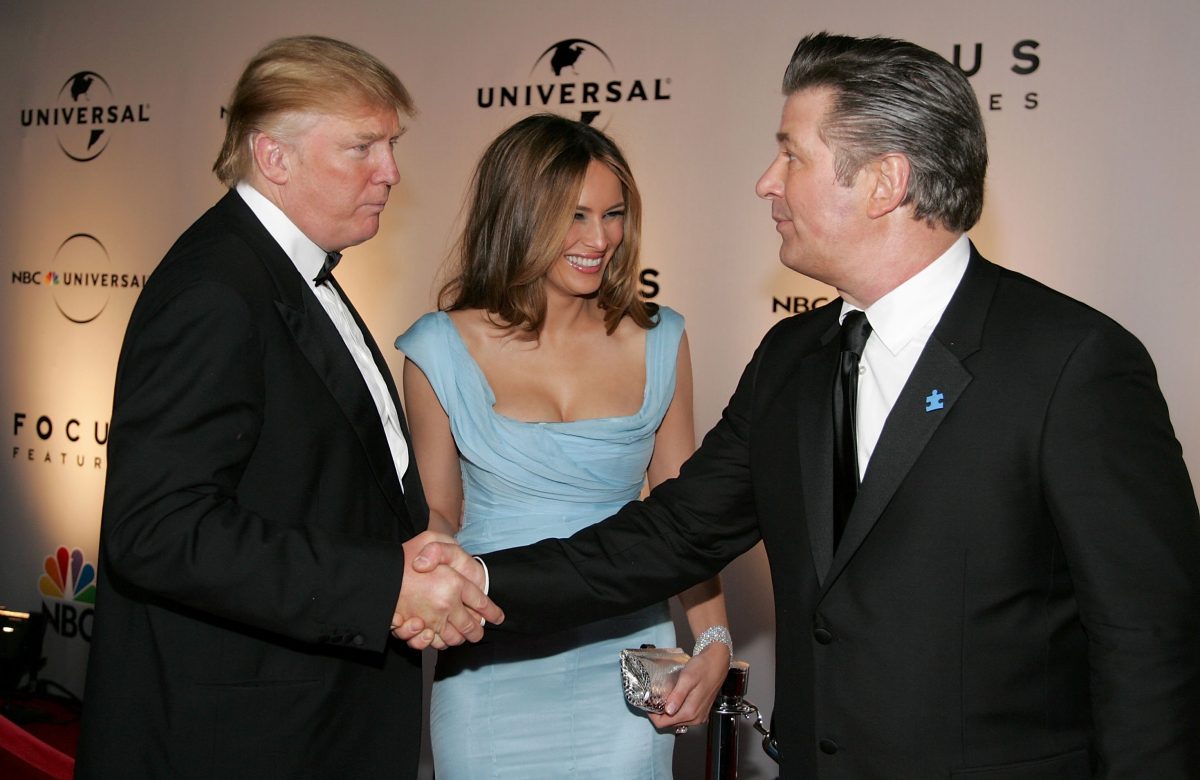 The photo above, taken at a Golden Globes afterparty in 2007, depicts a less hostile time in the relationship between President Donald Trump and Alec Baldwin. Now? There is absolutely no love lost between the pair.

Alec Baldwin, whose dying mediocre career was saved by his terrible impersonation of me on SNL, now says playing me was agony. Alec, it was agony for those who were forced to watch. Bring back Darrell Hammond, funnier and a far greater talent!

Now, Baldwin has responded to the Trump diss with a series of barbs of his own — sent from the Twitter account of the charitable foundation he operates with his wife Hilaria.

Agony though it may be, I’d like to hang in there for the impeachment hearings, the resignation speech, the farewell helicopter ride to Mara-A-Lago. You know. The Good Stuff. That we’ve all been waiting for.

And Mr President…
please ask your wife to stop calling me for SNL tickets.
(Hey, Melania…we’ve got Charles Barkley this Saturday!)