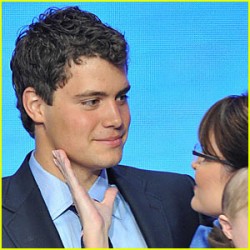 There appears to be a tempest in a teapot media showdown brewing in Wasilla, Alaska. Ever since Joe McGinniss moved in next door to Sarah Palin — the subject of his upcoming investigative book — certain circles have been debating whether as a journalist he is within his rights or overstepping them. Thus far the two camps have fallen on fairly predictable battle lines with most journalists taking the side of McGinnis. Over at Slate Jack Shafer summed it up thusly:

Taking up residence next to Palin doesn’t even approach violating her legal right to privacy. She has no legal right to blind eyes looking at her property from an adjoining property or even from the street. If McGinniss didn’t live next door, he’d be completely within his rights to interview Palin’s neighbors about her. In fact, he’d be remiss if he didn’t grill them about her…Compared with the journalistic investigation that I assume McGinniss has commenced of his subject, sharing a property line with her is trivial. Right now I’ll bet that McGinniss or a research assistant is combing the complete Palin paper trail of court filings, property records, tax assessments, and official documentation of her governorship and mayoralty, including e-mails.

Subsequently, it will likely not surprise anyone that Andrew Sullivan is on team McGinniss. To put it mildly. Here is Sullivan’s reaction to this month’s Harper’s Bazaar Bristol Palin feature:

I’m not sure there’s a single word of truth in this profile – apart from the notion that her parents never talked to her about sex or abstinence, even as she shared a room in their house with her boyfriend. The phoniness is, apparently, inheritable. C’mon, Levi, McGinniss needs you.