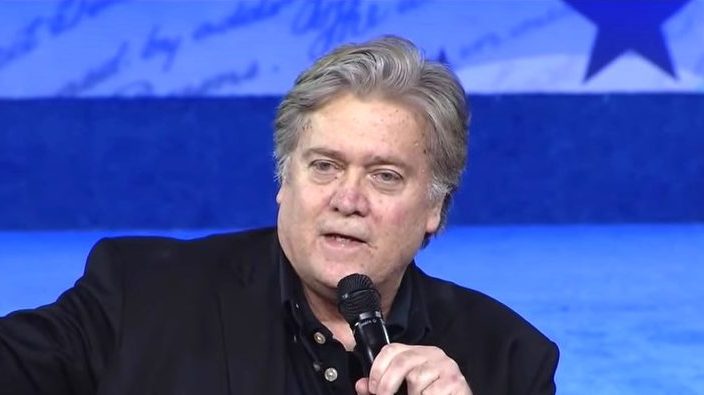 According to the Washington Post, former White House chief strategist Steve Bannon — who is now back with Breitbart — has been having conversations with far-right members of the GOP House. Why are they all talking? They are looking at ways to pressure Congressional leaders.

And one leader they definitely want to influence is Speaker of the House Paul Ryan, someone Bannon has long expressed a distaste for. Per the Post’s report, three leaders of the Freedom Caucus — Reps. Mark Meadow (R-NC), Scott Perry (R-PA) and Jim Jordan (R-OH) — met with Ryan earlier today to let him know their frustrations with the way he was handling the party’s agenda.

More than that, though, Bannon and Meadows have had talks about who might be a good replacement for Ryan down the road. From the Post piece:

Several people close to Bannon and Meadows said on Wednesday that the two men, who met on Monday on Capitol Hill, have begun to discuss who could replace Ryan as speaker, should conservatives rebel against him. But they stressed that those discussions remain speculative and informal, with no plan yet for action.

Meadows led the effort in 2015 to unseat then speaker John A. Boehner (R-Ohio). Boehner stepped down months later.

Ryan’s spokesperson, Ashlee Strong, brushed off the Speaker’s meeting with Freedom Caucus leaders, claiming that it is part of Ryan’s job to be accessible to members of his party. However, one conservative lawmaker told the Post that Ryan and Senate Majority Leader Mitch McConnell were the “biggest impediments to enacting President Trump’s agenda” and that “the American people will demand new leadership in Congress” if things don’t change.

Earlier today, Trump rebuked GOP leaders and sided with Democrats when it came to raising the debt ceiling for three months and a short-term spending resolution.