BBC Joins The Trend, Warns Their Employees To Be Careful With The Internet 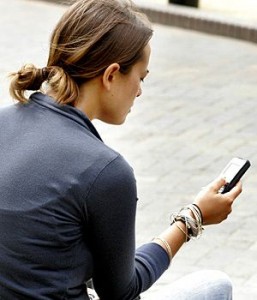 New sets of rules are coming hard and fast for any journalist spending time online. From ESPN’s Twitter policy to the Washington Post’s social media guidelines, the mainstream media has become increasingly weary of their employees’ behavior on the internet. In fear of an amorphous ethical line, and largely attempting to avoid claims of bias, companies are warning their Twitter-happy social networkers to tread lightly, and the BBC is the latest to issue guidelines. But their situation is a bit different.

Yesterday, the BBC Trust issued an updated set of editorial standards that included online activity: “Nothing should be written by [BBC] journalists and presenters that would not be said on-air,” read the guidelines, according the the Guardian. The BBC also addresses making biases public: “Our audiences should not be able to tell from BBC programmes or other BBC output the personal prejudices of our journalists and presenters on such matters.”

Interestingly, though the BBC guidelines are updated every five years, this is the first time they have been made public. “Public acceptability is constantly changing, so it is right that we should reflect on the standards the BBC should be setting, as well as ask licence fee payers what they think when reviewing the guidelines,” said a BBC trustee and chair of the trust’s editorial standards committee.

What’s important to remember, though, is that the BBC is funded by the UK government, and though it operates autonomously, it is still overseen by the Trust. This distinction in power structure — compared to the way the American media runs — changes the implications of oversight. Companies in the U.S., struggling to keep their brands afloat, should be embracing their writers’ adoption of an online social influence, not stamping it out or regulating it to death. We’ll keep an eye on the UK and see how it works out for them, but there seems to be less at stake.