Beck on His Admission: Media’s ‘Shocked’ I’m Not ‘Some Anti-Gay Racist Nutjob’
video

Beck on His Admission: Media’s ‘Shocked’ I’m Not ‘Some Anti-Gay Racist Nutjob’ 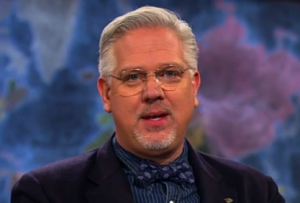 If all you know about Glenn Beck is what you’ve heard in places like MSNBC and Media Matters, you probably don’t know him that well, which is why, Beck said today, the media has acted so shocked and surprised at his “admission” he played a role in tearing the country apart. Beck said the media’s only so shocked and claiming he’s suddenly changed his views because they assumed he was a prejudiced radical to begin with and only report on what he says whenever they get a “Media Matters alert.”

He said, “I haven’t changed any of my views, you’re discovering some of my views.” He also referenced reaction to his comments about not wanting to be associated with those who hate gay people. And whatever you may think of Beck, it’s not exactly fair to dismiss him as anti-gay, because last year, he said the pro-gay marriage side won because “they made it about freedom” and over three years ago, when he was still on Fox News, he said he doesn’t spend too much time talking about the issue and indicated the idea of gay marriage really doesn’t bother him that much.

He mocked the supposedly “enlightened” media for thinking they are able to magically discern what kind of man he is, and told viewers what that says about their way of thinking.

“I’m willing to take responsibility for my part, yet their warped view of me proves that they have been perpetuating this problem all along. They are shocked today because they think I’m some anti-gay, racist nutjob and they think the same thing about you!”