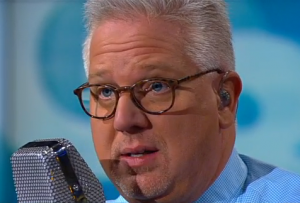 In the wake of Ted Cruz‘s epic 21-hour-long filibuster on Obamacare, many conservatives called out the media bias inherent in the coverage, especially when compared to the way the media fawned over Wendy Davis. But what really made the media coverage so openly negative towards Cruz, in Glenn Beck‘s estimation, was the “blindfolded fear” they have for Cruz and the power of what he’s saying.

Beck said he had no problem with people praising Davis for her filibuster, but now that conservatives have someone to cheer on, liberals are trying to distort what Cruz said by making him “look foolish and dangerous,” then going on to “destroy” him. Most people who watched bits and pieces of Cruz’s filibuster in the liberal media, Beck believed, wouldn’t know much else besides the Green Eggs and Ham reading, because the media is trying to dampen the effectiveness of Cruz’s message.

Beck also called out Cruz’s fellow Republicans for thinking they can distance themselves as much as possible from Cruz and not get hit in the crossfire, but they’re mistaken because, as Beck warned, once they’re done taking down Cruz, “they will come for you.”