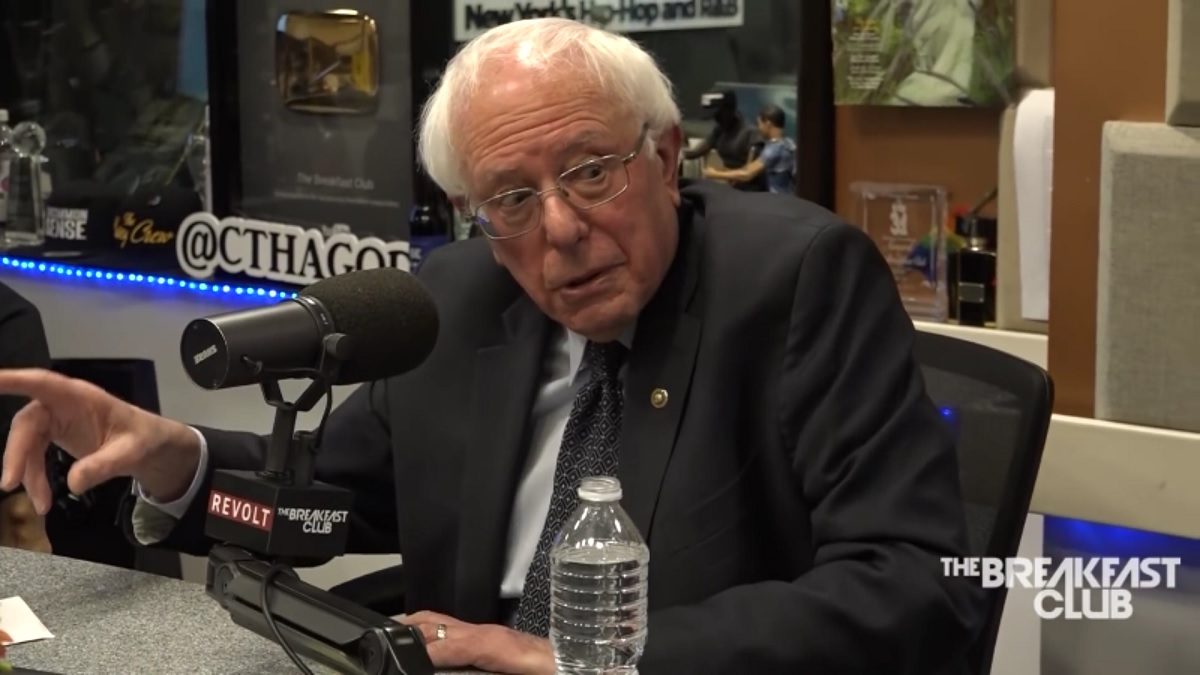 Independent Vermont Senator and Democratic presidential candidate Bernie Sanders fired off an angry letter to a liberal think tank after an affiliated website published an article that was critical of Sanders’ recently-publicized wealth from the books he has written.

In the letter, Sanders complained that “Last week, you published an article on ThinkProgress criticizing me for my appearance and for the income I earned from writing a book. Then, a day later, you published a video that dishonestly attacked me for hypocrisy in my effort to address income inequality in America – a video that was excitedly discussed on many conservative websites.”

The article in question, by ThinkProgress’ Jessica Goldstein, doesn’t actually mention Sanders’ “appearance,” but along with the video Sanders referenced, does note a shift in his rhetoric, away from “millionaires and billionaire,” and to “billionaires” and “multi-millionaires.”

Sanders also complained about ThinkProgress articles about Senators Elizabeth Warren (D-MA) and Cory Booker (D-NJ), and blamed the site for the controversy over Warren’s claim of Native American heritage.

“My friend and colleague Elizabeth Warren was unfairly targeted by a November 2017 article on ThinkProgress that echoed Donald Trump’s bad faith claims that she was being a hypocrite about her ancestry,” Sanders wrote. “That attack that was linked on the Drudge Report and immediately immersed her into a rather unhelpful debate.”

“In February of this year, an article on ThinkProgress attacked another friend and colleague of mine, Cory Booker, for moving in a progressive direction and joining with me on a prescription drug importation bill.”

In his letter, Sanders does not factually dispute either story, but calls out CAP President Neera Tanden by name for “maligning my staff and supporters and belittling progressive ideas,” as he puts it.

He concludes the letter with a vague offer of “partnership” if the group bends to his wishes, writing “I will be informing my grassroots supporters of the foregoing concerns that I have about the role CAP is playing. Should your actions evolve in the coming months, I am happy to reconsider what kind of partnership we can have.”

As Tanden noted in an email to The Times, and the site itself notes, ThinkProgress is editorially independent from CAP, and while Sanders is obviously free to write whatever letters he wishes, complaining about commentary to a website’s financial backers could seem heavy-handed, or worse.

And it could be argued that ThinkProgress’ criticism are similar in character to the sort of pressure Sanders wanted to exert when he endorsed the idea of primarying then-President Barack Obama in 2011.

Sanders might have been better served writing out a rebuttal to the “smears” he describes than trying to chill criticism, however little he appreciates it.

Update: CAP released a statement in response to Sanders’ letter: