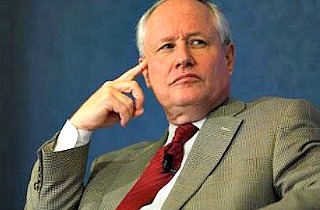 In an opinion piece on Friday, The Weekly Standard editor Bill Kristol urged Republicans in Congress to vote “yes” on Syrian intervention. In his appeal, Kristol advised the GOP to think about posterity instead of politics when deciding whether to commit American military might to the fight in Syria. Beyond the moral and quasi-legal imperative to enforce long-standing norms prohibiting chemical weapon use, Kristol urged the GOP to consider that future presidents from their own party may be imperiled by a “no” vote. These are all valid arguments, but Republicans are under immense pressure from the grassroots to vote against the authorization of force in Syria – broad and vocal constituencies oppose this action. The political calculation needs to be altered for Republicans to cast their votes with President Barack Obama, and only the president can alter it.

“As a policy matter, a Yes vote may be problematic in all kinds of ways. But a No vote would likely be disastrous for the nation in very clear ways,” Kristol begins. “Statesmanship requires choosing the problematic over the disastrous.”

The fact is that Obama is the only president we have. We can’t abdicate our position in the world for the next three years. So Republicans will have to resist the temptation to weaken him when the cost is weakening the country. A party that for at least two generations has held high the banner of American leadership and strength should not cast a vote that obviously risks a damaging erosion of this country’s stature and credibility abroad.

Kristol dismisses the pressure GOP officeholders are facing from constituents urging their elected representatives to vote no. “The only thing that can get Obama off the hook now is for Republicans to deny him authorization for the use of force against the Assad regime,” he wrote. “Then the GOP can be blamed for whatever goes wrong in Syria, and elsewhere in the Middle East, over the next months and years. And plenty will go wrong.”

Kristol adds that Republicans will be better positioned to criticize this administration if operations in Syria are mishandled or strategically misguided. Further, Kristol adds, if individual GOP lawmakers are worried that siding with the president will make them vulnerable to a primary challenge from the right, there is plenty of time to “reestablish their anti-Obama credentials” on a variety of domestic issues.

It is difficult to envision a scenario in which Republicans accept responsibility for what has become a political disaster for this administration. Had this White House begun the process of cajoling allies abroad and persuading political opponents at home into supporting a Syria strike three months ago, when the administration first confirmed that Obama’s “red line” had been violated, the political picture today may look different.

But the polls are horrific. A Real Clear Politics average of recent polls shows only 34 percent support a strike in Syria while 51.3 percent oppose such an action – a 17 percent gap. A few principled Republican politicians may dismiss the perils of siding against a majority of the public, but most cannot do so – particularly when that means siding with a Democratic president.

Obama has to alter the political calculation for Republicans. His administration has to create the conditions whereby a vote for Syrian action would not endanger each Republican representative’s individual careers. The White House seems to favor a prime time speech to the nation to make the case for intervention. While this important, it is unlikely to reshape public opinion (if it were, Obamacare would be wildly popular by now).

There is no domestic support for intervention and slightly less support for intervention abroad. This is Obama’s failing. Republican politicians cannot be blamed for accurately reading the political landscape. While Kristol is right in that posterity will reflect on this generation’s inability to make the hard choices with regard to the Syrian atrocity with great contempt, he is not correct that Republicans will share the blame for that failure.

[Photo via The Weekly Standard]