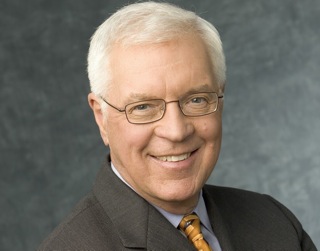 It appears that this week will not end without adding another instance of someone in politics suggesting someone else in politics should die for their views. This time, it’s a roundabout request for a supernatural smiting of House Speaker John Boehner from liberal radio host Bill Press who, after playing a clip of the Speaker demanding the President conform to Republican demands, wondered how he had not been struck by lightning for the comment.

Expressing the growing frustration on the left with the Republican leadership, Press played a clip of Rep. Boehner demanding the President “step up and work with us on the spending cuts… that the people are demanding.” “You know, it’s a wonder lightning just doesn’t strike people dead on the spot when they say stuff like that,” he quipped. At that moment, his show was interrupted by the sound of thunder, despite Rep. Boehner not actually being within the vicinity of the show. Alas, Press’ dreams hijacked the radio microphone for a second there.

Press was indignant that, after much one-on-one negotiation, the Republican House leader had decided to exit talks, arguing that Senate leaders Harry Reid and Mitch McConnell and House Minority Leader Nancy Pelosi were all “left out in the cold.” Despite what Press considered preferential treatment, Rep. Boehner “turns around and stabs Obama in the back,” Press argued, prompting him to ask, “How could you trust this guy?”

The audio clip from the July 22 edition of Press’ program below: