The Sports Guy Speaks: A Q&A With #1 Bestseller Bill Simmons 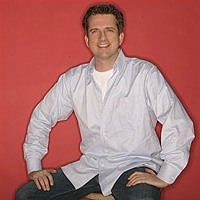 Bill Simmons is many things to many sports fans: a popular ESPN columnist, an influential Twitterer, and now, the author of a New York Times #1 bestselling book, The Book of Basketball.

Mediaite recently spoke to Simmons about the pressures of fame and bestsellerdom, his feelings about a fanboy named Will Leitch, and his plans to take over the Power Grid:

Mediaite: How does it feel to have the number one best selling non-fiction book?

Simmons: Still surreal. I never thought I had a chance for one reason: I had spent the previous 9 days traveling from city to city and never saw my book in any airport store — seriously, not once — whereas [Mitch] Albom‘s book and Superfreaknomics were practically getting handed out at the gates and security lines.

I was under the impression that the rankings for the top 3 were determined by nothing more than who blanketed cities with the most books; my publisher definitely did NOT do that. In fact, I think they did the opposite. So it’s a little like a small market team winning the World Series — yeah, it’s possible, but the numbers say it shouldn’t happen.

At the same time, I had more faith in my book than others did. Everyone seemed to be preoccupied with its length. Even my book company was worried, as we learned this past week when we didn’t have nearly enough copies circulating, which made it awkward because I was promoting the hell out of a book that nobody could find. Part of me understands the concern about length and part of me doesn’t. On paper, yes, a 700-page NBA book doesn’t seem like a conventional best-seller. But if you flip it around … why not? I reach a huge audience on ESPN. People like the NBA. People like reading. So… was the argument that people weren’t intelligent enough in 2009 to handle a long but well-written book, or that nobody had the attention span for it?

How does it feel to have the number one best selling non-fiction book? It’s a little like a small market team winning the World Series — yeah, it’s possible, but the numbers say it shouldn’t happen.

I mean, it’s not like I was trapping people in a movie theater for 4 hours, or forcing them to remember 700 characters in some gigantic mafia novel that they had to read all at once. It’s a book about the NBA. You know the characters. It’s easy to read. You can jump in and out of it. I slaved over every word. If you want to take 3 weeks to read it, take 3 weeks. If you want to take 6 months and only read it every time you take crap, then do that. If you want to plow through it in 3 days, do that.

All I knew was that this book was the best thing I had ever written. Ultimately, that’s all that mattered to me. The length was irrelevant. I also believed that, in this economy, if I was asking someone to spend 30 bucks on my book, then I wanted to give them their money’s worth. And at the very least, if they didn’t like it, the book’s sheer girth would make for a Christmas present that seemed more expensive and imposing than it really was. I couldn’t lose either way.

Next page: Simmons responds to Will Leitch, and his plans to take down Paul Krugman