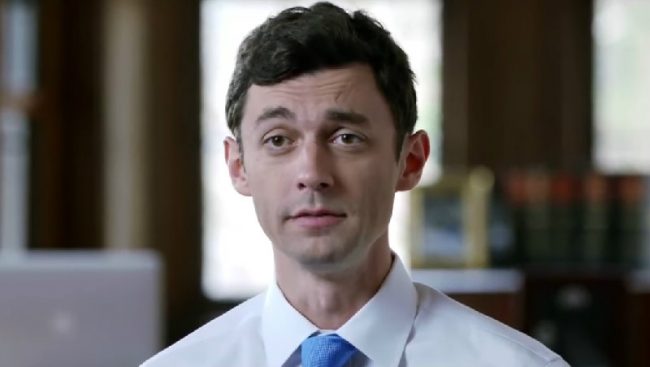 This evening, all eyes were on the special election in Georgia’s Sixth Congressional District as Democrats were hoping to flip the seat that has been held by Republicans for decades. The seat recently opened up after Republican Tom Price left to take over as Secretary of Health and Human Services.

Going into the night, Democratic candidate Jon Ossoff was way up in the polls as a number of GOP hopefuls threw their hats into the ring. However, despite the fact that he was polling in the mid-40s, roughly 30 points ahead of his nearest opponent, Ossoff and Democrats knew he needed to get more support in order to gain at least 50% and avoid a runoff.

In the end, Ossoff ended up pulling in less than 50%, with totals showing him at 48.6% after a huge dump of votes came in from Fulton County around midnight, leading to numerous outlets to project this as heading to a runoff. Republican Karen Handel was second at 19.5% and will be his opponent in a June runoff.

Hours after the polls closed and with nearly a third of precincts counted, the Democrat had over 53% of the votes. However, this dwindled down to just a shade over 50% with more ballots tallied, leading to Cook Political’s Dave Wasserman to state that it looked like it would be headed to a runoff in June between Ossoff and Republican Karen Handel.

This has been a race that Democrats have been targeting since it opened up, as President Donald Trump won it by less than two points in November. Millions of dollars have been pumped into the Democratic campaign. Meanwhile, Trump has taken to Twitter to weigh in on the race in an effort to energize Republicans.

Republicans must get out today and VOTE in Georgia 6. Force runoff and easy win! Dem Ossoff will raise your taxes-very bad on crime & 2nd A.

Just learned that Jon @Ossoff, who is running for Congress in Georgia, doesn't even live in the district. Republicans, get out and vote!

As the evening wore on, results stopped coming in and everything hit a standstill. The culprit — technical problems in Fulton County.

One card out of hundreds created an error. They need to manually go through them and re-upload everything in #Fulton #GA06

After manually going through the cards, they found the one with the error.

THEY FOUND THE CARD WITH THE ERROR #Fulton #GA06

After that occurred, Decision Desk stated Ossoff finished the night below 50% and that a runoff with Handel would happen.