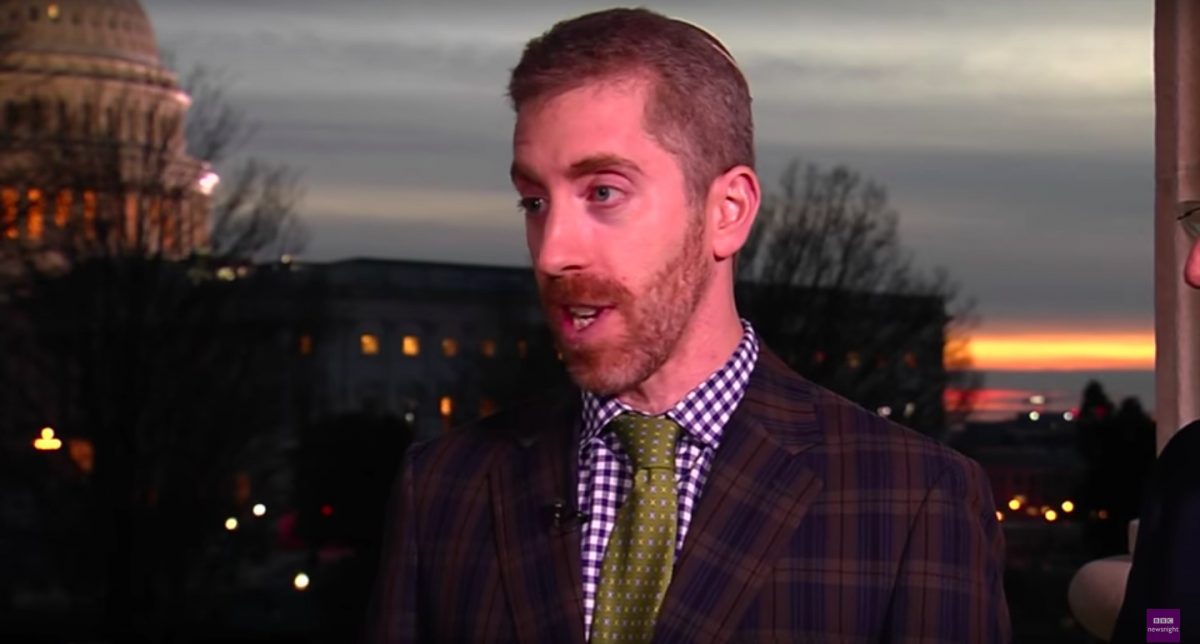 You know when something’s so brainless you can’t tell whether it’s trolling or legitimate?

Enter Breitbart’s Joel Pollak claiming on Twitter Wednesday that it may be high time to have a “national conversation” about the use of the n-word because a “terrific black guy” who owns the local boxing gym was playing a lot of hip-hop music which used the word “literally every two seconds.” Can’t make this up, folks.

Just hit the local boxing gym, which is owned by a terrific black guy. Hip-hop music, n-word literally every 2 seconds. I don’t like it but this is just what the cool people listen to I guess. Maybe we’re overdue for a real national conversation about the word and its public use.

Nothing says pathetic quite like a white guy going on the Internet and actually writing out the sentiment: Hey there’s this really great black guy I know who plays music with the n-word in it. Let’s maybe think about white people being able to say the n-word again. If it’s trolling, it’s grade A. If it’s not, it’s almost beyond censure.

Either way, Twitter didn’t let him off the hook, of course:

The last time @joelpollak was in the news for for song lyrics it was last November, when he cited Ringo’s version of “You’re Sixteen” to normalize pedophelia and defend Roy Moore. https://t.co/7OrvE4CJuh https://t.co/fzPhqxu4GO

If you’re wondering if Trump’s hardcore base will stick with him even if an N-word tape emerges, the answer is clearly yes. There will be tweets like this one below that try to make it out to not be a big deal, and, worse, a segment of his base will like Trump even more for it. https://t.co/SBSxdsIIUT

Pretty sure we don’t need to take advice on the use of the N-word from a guy who had a “Black Crime” section on his website. Just thinking out loud here. https://t.co/7p1ua0XjyE

“I recently went to practice my fisticuffs at the local gymnasium. The owner kept playing shocking music – a singer saying how much he liked butts of a larger size. Well, I grabbed my pearls and ran to the nearest telegraph to write of my woes.” https://t.co/2gIJ7kGKtN

The last time @joelpollak was in the news for for song lyrics it was last November, when he cited Ringo’s version of “You’re Sixteen” to normalize pedophelia and defend Roy Moore. https://t.co/7OrvE4CJuh https://t.co/fzPhqxu4GO

Brietbart reporter defending the use of the N word seems like a relatively unsurprising development. (Ps it’s never ever okay, not even a little) https://t.co/cBgKbSuVs2

Y’all aren’t going to pin Trump being a flaming bigot on hip-hop so don’t even start with this “n-word” shit, Stanley Lipless.

Interesting idea. Why don’t you head downtown with a mic and amp to kick off the discussion for us, and let us know how it goes. https://t.co/PLRSbj1IT4