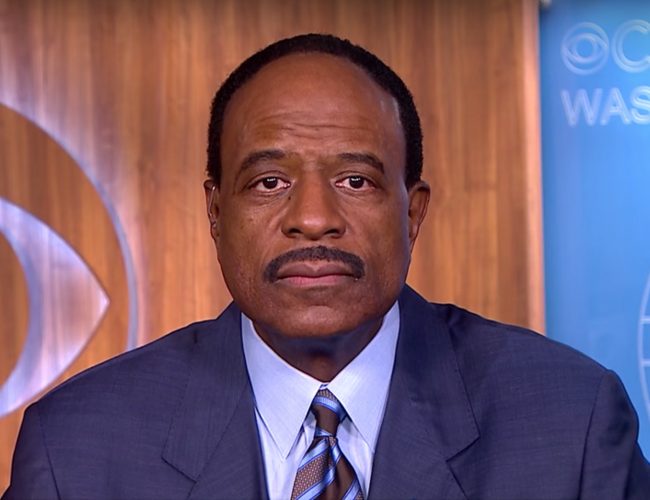 The retweet, according to The Big Lead, happened early Monday morning — just after midnight. (A link to a screengrab of the NSFW tweet can be found here.)

Only a few minutes passed before the NFL Today host — best known to viewers as JB — deleted the offending retweet and posted that his account had been compromised.

Twitter was wholly unconvinced. They replied to Brown’s claim of being hacked with a series of GIFs showing their skepticism.