Christopher Hitchens Opens Up About His Cancer Diagnosis With Anderson Cooper 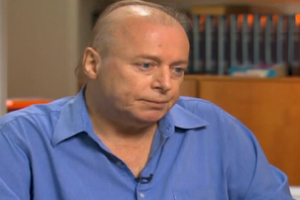 The news that legendary polemic Christopher Hitchens had been diagnosed with esophageal cancer earlier this summer struck at the heart of Washington, and after officially announcing it in Vanity Fair, Hitchens sat down with Anderson Cooper tonight to talk about how he is handling it, and the prayers for and against his good health.

Hitchens began explaining the way he found out about his disease, saying that he had been waking up increasingly weak and pained, but attributed it to exhaustion. “I woke up feeling like death,” he said, “I’ve had that, but this was not like that… I thought maybe I’m dying.  So I managed to get to the phone and call emergency services… they looked at the scan [and] they said you need to see an oncologist, it was the first time I really listened to the word, to the name oncologist. I thought it was a bit nicer than being told you¹ve got cancer but not much.”

Knowing that Hitchens’ cancer was the same type that killed his father, Cooper admitted that he feared heart attacks because his father died of one, but Hitchens admitted no “filial piety about the disease that killed your father.” Instead, he noted that he was 18 years younger than his father when he was diagnosed. “You said you burned the candle at both ends,” Cooper noted. Hitchens’ response: “And it gave a lovely light.”

Hitchens also gave what Cooper called “the subtlest anti-smoking message I’ve ever heard”: “I might as well say to anyone watching, if you can hold it down on the smokes and the cocktails you may be well advised to do so.”

On the topic of prayer, Hitchens noted that the prayers about his cancer– both the people praying for his health and those who have “lavish websites… praying for me to suffer and die”– are meaningless to him, even “Everyone Pray for Hitchens Day,” which he says has been designated to be the 20th of September. “I don’t think souls or bodies can be changed by incantation– or anything else, by the way.”

The entire fascinating interview from CNN below: