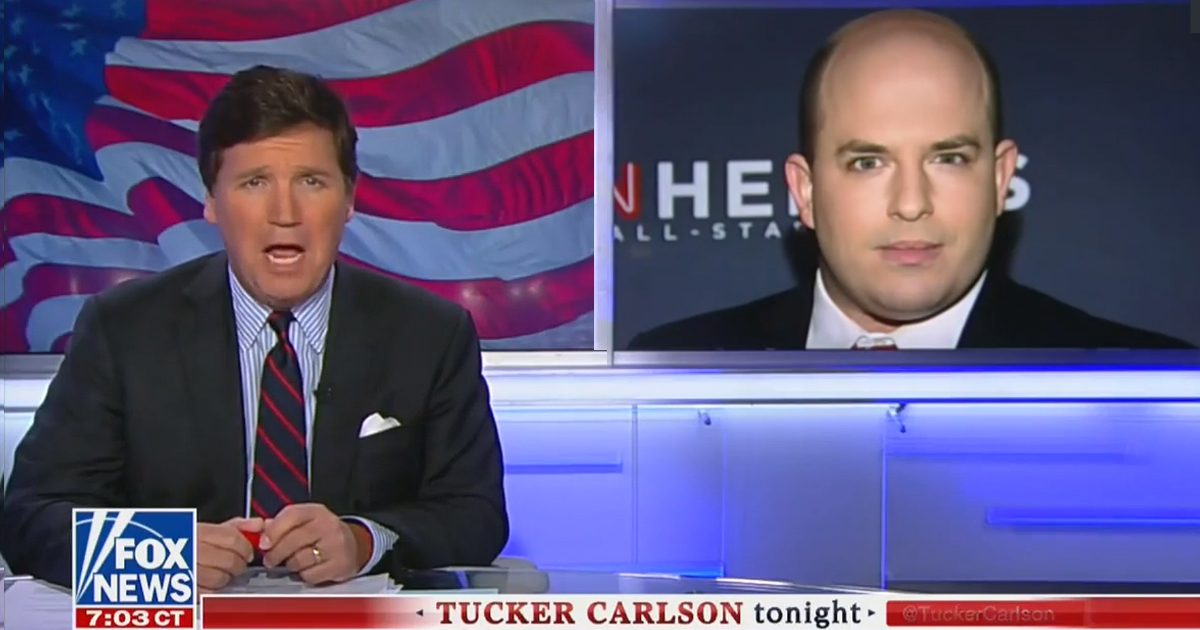 CNN’s Brian Stelter challenged Tucker Carlson to an interview with him if the Fox News host is bothering to troll him with sugary snacks.

It was reported last week by the Daily Caller that said Carlson sent Stelter a box of doughnuts, and plans to send more in the coming days. This comes as Carlson hammered Stelter over CNN host’s criticism of Carlson’s recently unearthed comments from a shock jock radio show.

Page Six reported that sources at CNN see Carlson’s doughnut gift as a ploy to “fat shame” Stelter. The sources apparently think Carlson is still resentful that Stelter was skeptical about the mob that protested outside his house several months ago, and is toying with the CNN host after his requests for an interview.

In any event, here’s how Stelter is taking the doughnut gift:

Donuts? If this is @TuckerCarlson‘s way of saying yes to my interview request, I’ll accept his silly delivery. https://t.co/eynnQ0bAOe