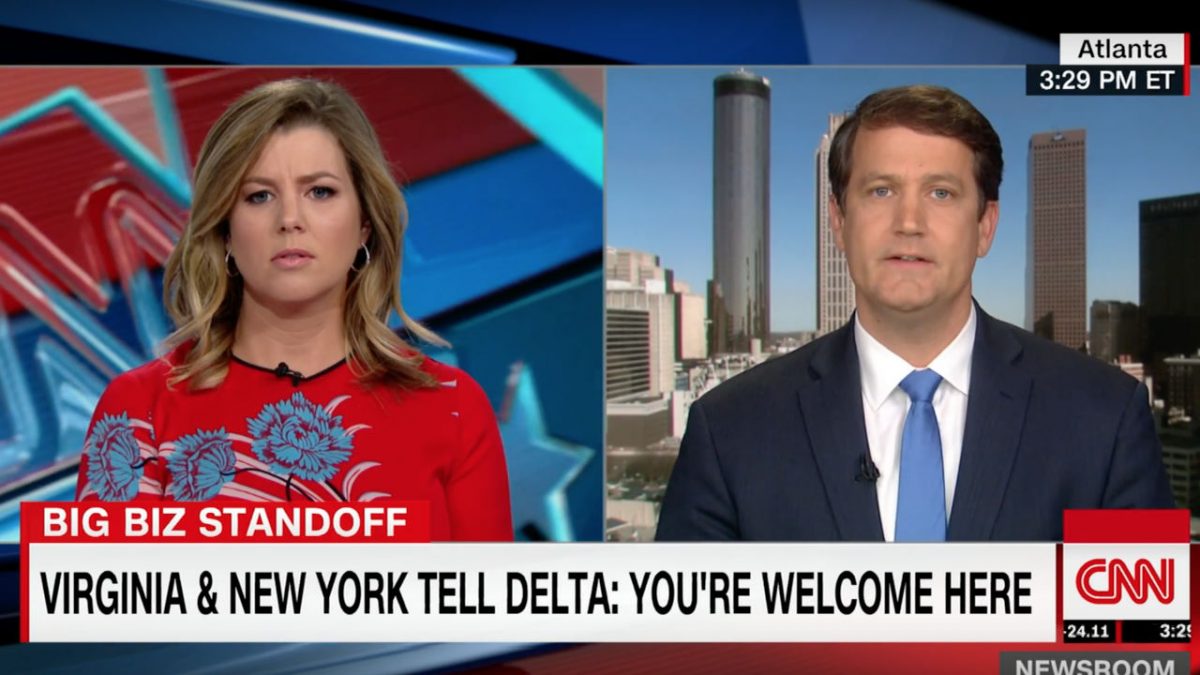 CNN’s Brianna Keilar is continuing to call out the Georgia state senator who made the claim to her Tuesday that Delta has business ties to Planned Parenthood.

Michael Williams railed against Delta for cutting ties to the NRA before claiming the airline company supports Planned Parenthood.

Keilar asked, “Where is the discount — you’re saying — where are you getting that, that Delta gives a discount to Planned Parenthood members?”

After going back and forth, he said, “Bring me back on and I’ll have the information for you about where they’re giving away these discounts to left-leaning organizations that support Planned Parenthood.”

Keilar promised to update viewers on Twitter, and, well, she did:

.@brikeilarcnn did his staff get back to you with the facts to support his claim? https://t.co/h0B3sq26TE

Sen. Michael @williamsforga you promised me info to back up your Planned Parenthood claim, saying “my campaign can get it to you” but you and your staff have ignored CNN’s multiple requests for the information. Will you keep your word?

UPDATE –- 2/28, 10:29 pm ET: The clash continued online into Wednesday, when Williams took to Twitter to call out Keilar, saying he does have evidence and has been denied the chance to reappear on CNN:

It’s becoming clear that @brikeilarcnn is not going to have me back on her show to present the facts about Delta & Planned Parenthood. Instead, I will provide them here. #gapol #NRA #MAGA pic.twitter.com/mP5UHMqGSc

Keilar responded saying he doesn’t have information backing up his “bogus” claim, to which Williams responded with a dig at CNN:

.@williamsforga Your statement still does not back up your bogus claim about Delta. And you weren’t invited back on our show because failing a basic fact check on TV does not entitle you to a repeat appearance to be a poor steward of facts.

Being chided by a @CNN host for being a “poor steward of facts”: Priceless.#gapol https://t.co/DpeBOVC19k