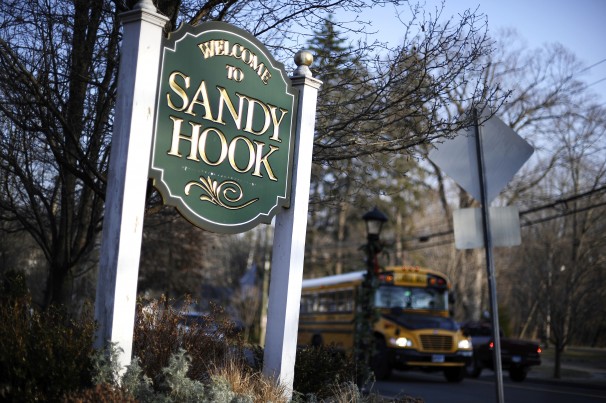 Different media outlets have different rules when it comes to 9/11, but there’s one universal policy that every station and publication follows without fail: never show the jumpers.

I have a buddy who was working that day in the World Financial Center–located directly across the street from the towers–who saw people, some hand-in-hand, leaping to their deaths. He never worked there again, and has nightmares about it to this day. The media, knowing full-well the effect of showing those images could have on any family members of the 2,996 who died that day (no one knows who actually jumped and who didn’t), has steered clear of ever airing them, no matter how “compelling” the footage may be to some.

Fast forward to 2012: 20 little kids are gunned down at Sandy Hook Elementary in Connecticut. Six adults would perish as well. At least for me, this was the most stunning, maddening, gut-wretching event to absorb since September 11, 2001. At the time, I wrote an emotional column immediately after seeing what happened in Newtown, pleading with the media to never mention the shooter’s name, in an effort to avoid glorifying him in any capacity. It was obviously a symbolic gesture (nothing was going to change), but an important one.

Now here’s another plea: No media outlet should play any portion, even if carefully avoiding what Fox’s Shep Smith characterized as “the most gut-wrenching” aspects of the Newtown 911 calls.

To that end, CBS, CNN and Fox all have played them in small doses. Most web publications, where readers have the option (key word) to play the audio or not, are offering access to the calls, including Gawker and the online version of The New Haven Register, and this publication. But other media outlets, such as ABC and NBC News, have announced they will not play any audio of the calls, relying on reporters to describe the calls secondhand instead.

The decision not the play the tapes—from both a sensitivity and PR perspective, is a no-brainer. One Newtown official sums it up succinctly, stating the tapes represent “a new layer of pain” almost one year to the day 26 people were slaughtered.

And that’s exactly what it is: pointless, needless pain.

There’s nothing to be learned, gleaned, analyzed from emergency calls out of the school that day.

The gunman is dead. He acted alone. We’ll never know his motive, as if that even remotely matters. A deranged, evil person committed the worst kind of act imaginable. He doesn’t deserve one more second of analysis, or even a passing thought. As far as using the tapes as a teaching tool for responders to apply to future events, feel free to use them privately in a classroom during 911 Operator Training 101.