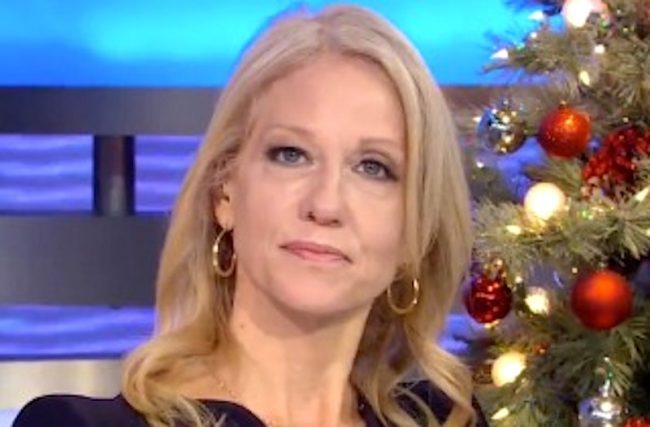 Trump adviser Kellyanne Conway is backtracking on a statement which suggested that President Trump is never going to release his tax returns, even after his IRS audit is finished.

During a Sunday show appearance on ABC’s This Week, Conway was asked by George Stephanopoulos about whether the White House had a response to the “We The People” petition which demanded that Trump produce his tax information. Conway had this to say:

“The White House response is that he’s not going to release his tax returns. We litigated this all through the election. People didn’t care, they voted for him.”

As various media outlets took that to mean that Trump will never release his tax returns despite previous promises to do so, Conway took to Twitter on Monday to clarify:

On taxes, answers (& repeated questions) are same from campaign: POTUS is under audit and will not release until that is completed. #nonews

Trump’s decision to not release his taxes goes against a tradition that all U.S. presidents in recent history have abided by. The decision has been a major source of criticism, with political opponents saying Trump’s returns would shed light on his foreign business dealings, potential connections with Russia, and various related subjects.

Recently, Trump said at a press conference that no one cares about his tax returns except for the media. A recent poll, however, suggests that Americans are not as disinterested as Trump thinks.