Creationist Ken Ham: Aliens Will Go to Hell; So Really, Why Fund NASA? 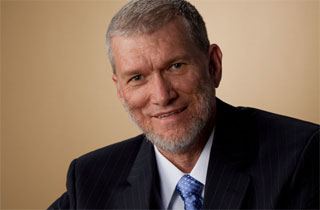 “NASA is Pointless, Declares Creationist” may be a rather obvious headline, but Ken Ham took it one step further and declared why NASA is pointless: because they’re searching for extraterrestrial life, and according to the Bible, aliens are going to go to hell anyways, so why even bother?

“Jesus did not become the ‘GodKlingon’ or the ‘GodMartian’!” he declared in a Sunday column on his website, Answering Genesis. “Only descendants of Adam can be saved.”

Ham, who became notorious after a debate with scientist Bill Nye, argued that NASA scientists only have one reason for existing: they’re “desperately” trying to prove that evolution exists, and the discovery of intelligent alien life would only serve to make their point.

Ham rebuts this with two Bible points: the first, that the Bible says that the humans of earth are God’s most special and favored creations, and so it’s impossible for intelligent life to exist, because otherwise, we’d be Not Special. The second: we can’t even convert aliens to Christianity, which obviously means we shouldn’t try to find them.

You see, the Bible makes it clear that Adam’s sin affected the whole universe. This means that any aliens would also be affected by Adam’s sin, but because they are not Adam’s descendants, they can’t have salvation. One day, the whole universe will be judged by fire, and there will be a new heavens and earth. God’s Son stepped into history to be Jesus Christ, the “Godman,” to be our relative, and to be the perfect sacrifice for sin—the Savior of mankind.

Ham’s declarations oppose a recent declaration by Pope Francis, who said he would baptize Martians if they wished to become Catholics.