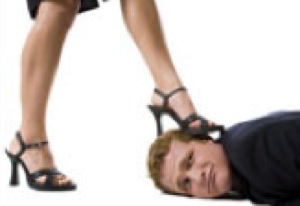 NY Post‘s Page SIx column reports today that Mediaite founder and NBC/MSNBC Chief Legal Analyst Dan Abrams has a deal with Abrams Books to publish a book that makes the case for the superiority of woman, tentatively titled Man Down: Proof Beyond A Reasonable Doubt That Women Are Better Cops, Drivers, Gamblers, Spies, World Leaders, Beer Tasters, Hedge Fund Managers, and Just About Everything Else.

Update: Rachel Diehl at Publisher’s Weekly reports on the specifics of the publishing deal which will lead to this book. On Saturday, Page Six wrote:

Msnbc legal eagle Dan Abrams is making the case for women, literally. He’s inked a six-figure deal with Abrams Books (no relation) to chronicle ways women are superior to men. In “Man Down,” he’ll present studies, polls and other “evidence” to prove that women actually best the boys in typically male areas like gambling and enduring pain, and even make better hedge-fund managers and cops. Abrams isn’t basing this on his own studies of gorgeous actresses: “If I had any unique insight into women, I would be married. I don’t. This is a fun book written from the perspective of a lawyer making a case. A lot of people will be surprised by what we found.” It’s due around Mother’s Day next year.

We overlooked the fact that the founder of our site didn’t give his own site the exclusive on this; he made it up to us by answering the following questions.

Why write this book rather than one about lets say law or media?

It started when I read an article on various ways that women are better than men. I found it interesting and honestly didn’t believe some of the examples they cited, so out of curiosity I researched a little to determine how much of it was backed up by actual evidence. While some of the ones from the article were speculative, as I did a little digging, I was surprised at how many serious studies and research reached the same conclusion — that women, as a group, are more thoughtful, efficient, tougher and less likely to make mistakes. But what led me to actually write the book was seeing the studies on how much better women were in so many areas that are considered classically male.

At some point I may write a legal book or one focused on media but I just found this fascinating and so much fun to write.

Why are you the right person to write this book? I mean wouldn’t it make more sense to have a woman do it?

Well I write it through the eyes of a lawyer and I guess you could argue that it adds credibility to the “case” to have a member of the losing team chronicle the victory. Lawyers are chosen that way all the time. But I don’t know that there is necessarily a right person to pen this kind of book.

Where are you in terms of writing the book? Is it done?

I basically finished the first draft, but am still working on it and adding “evidence” and examples. The goal is to keep it really light and fun while still using legitimate studies and research.

As you have been researching and writing this, would you say you’ve become more of an expert on women?

I don’t have any unique insight into women. I mean come on, I’m a forty-something childless, single guy.

Are men better at anything?

Of course. The book will discuss some of those areas. This is not an effort to beat up on us guys but it may serve as a wake up call for some.