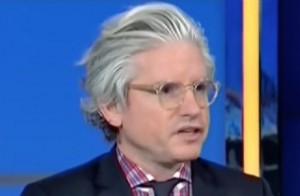 You may have thought we boarded the crazy train long ago when it comes to the brain behind the still-somehow-tax-exempt Media Matters…hell, we all did. But we’re now in a special place for crazy courtesy of Brock’s accusations–courtesy of a soon-to-be released book obtained by Politico’s Glenn Thrush and Hadas Gold–against the New York Times for being, among other things, a “megaphone for conservative propaganda” for wrongly–in his eyes–targeting tanking Democratic presidential candidate Hillary Clinton in their reporting on her home-brewed email server. Brock proceeds to declare that the Times “has a special place in hell” waiting for it, which makes little sense considering publications and/or companies usually don’t ascend or descend into the afterlife.

Back to that whole email thing…you’ve heard about that little controversy, right? The one that entails an investigation by the Obama Justice Department and FBI–which aren’t controlled by Republicans as much as Brock and Mrs. Clinton want you to believe. Mr. Brock also fails to note that all of this right-wing propaganda comes from a newspaper that hasn’t endorsed a Republican Presidential candidate since the 1950s. And yes, that includes Reagan in ’84, who won 49 of 50 states, including convincingly (by eight points) in one of the bluest of them all, New York…the home of (drumroll) the Times. No matter, the paper still endorsed Walter Mondale, because that’s what conservative propagandists do.

All of these lucid accusations come in the aforementioned new book, Killing the Messenger: The Right-Wing Plot to Derail Hillary Clinton and Hijack Your Government. This is the same government that allows Brock to pay himself enough to be part of the eeeeeevil richest one-percent while his publication avoids paying any taxes as a non-advocacy (cough), non-profit (now choking…) organization. Talk about hijacking.

So even during a week when Hillary Clinton reluctantly apologized for said home-brewed server after focus groups guided her deep principles into doing so, and during a time when Inspector General finds more classified material in the emails she actually didn’t delete and wipe from her now-empty server, Brock continues to push the insane narrative that none of this mess is any of Mrs. Clinton’s responsibility. And in the process…thinks it’s the Times fault that’s she’s down nearly 10 points in New Hampshire and even now trailing in Iowa in one poll (Quinnipiac) to Bernie Sanders as a solid majority of voters simply say she cannot ever be trusted.

Yup, on Planet Brock it’s the New York Times — the Old Gray Stormfront of a publication — that wants nothing more than to take down an innocent woman trying to save a nation while making history.

I’ve listened to preachers,
I’ve listened to fools
I’ve watched all the dropouts
Who make their own rules
One person conditioned to rule and control
The media sells it and you live the role