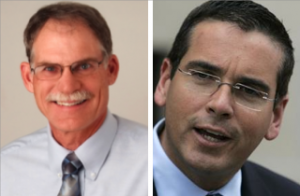 During the opening to today’s State Senate session in Iowa, GOP Senator Dennis Guth volunteered some unusual and rarely heard thoughts on homosexuality. His remarks, which implied that gay people hurt he and his family in “multiple ways,” were later called “ignorant” by Guth’s Democratic colleague Sen. Matt McCoy.

Guth began be attacking the media for its portrayal of the gay lifestyle. “The media, for the most part, has bamboozled us into thinking that having a relationship outside of the boundaries of monogamous, heterosexual marriage is positive, happy and fulfilling,” Guth said. “Movies, television shows, articles and magazines abound with this theme, giving partial information to vulnerable audience: our children.”

To answer the question of how same-sex marriages “hurt” the rest of society, Guth drew a parallel with smoking. “Just as there are multiple ways that your smoking hurts me, such as second-hand smoke,” he said, “so it is with same-sex relationships.” He continued, “There are health risks that my family incurs because of the increase of sexually transmitted infections that this lifestyle invites. For example, there are more and more medical tests required before giving blood or giving birth.” Guth did not elaborate on exactly how those two facts are connected.

Later in the session, Senator McCoy, who is openly gay, expressed his distaste with Guth’s comments. ”I was frankly just a little bit taken aback by some of the things that I heard today,” McCoy said, “as I know some of my colleagues were as well.” He added, “Much of what you heard today on the floor of the senate is warmed over rhetoric that has been invented by the Christian right, extreme groups.”