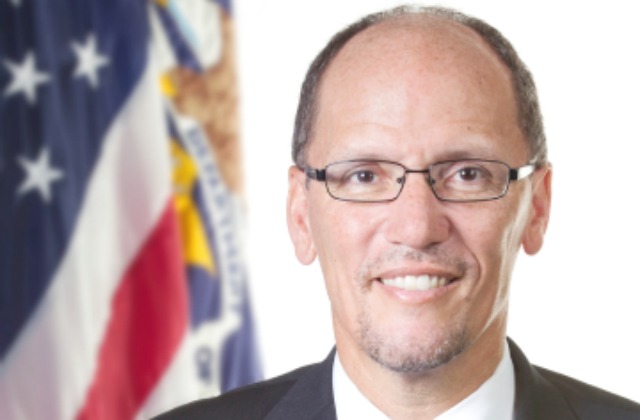 Former Labor Secretary Tom Perez, currently running to be head of the DNC, last night walked back comments he made about the primary process being “rigged.”

As he was campaigning for the position, NBC News reports, Perez said this:

We heard loudly and clearly yesterday from Bernie supporters that the process was rigged and it was. And you’ve got to be honest about it. That’s why we need a chair who is transparent.

But Perez last night took to Twitter to insist that he simply misspoke:

I have been asked by friends about a quote and want to be clear about what I said and that I misspoke.

Hillary became our nominee fair and square, and she won more votes in the primary—and general—than her opponents.

As I’ve said repeatedly, we can’t have a primary process where it is even perceived that a thumb was on the scale.

The next DNC chair must be transparent and objective for Democrats to be engaged.

That is why I believe that debates and the process must be decided before the primary begins.

We must come together as Democrats and fight like hell for what we believe and know is right. I promise to be by your side in this fight.