Do We Really Have a ‘New American Center’?

Do We Really Have a ‘New American Center’? 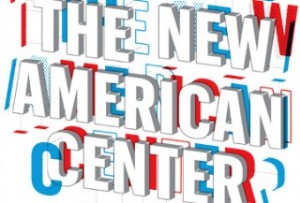 Forget everything you know about American politics, because a new survey from NBC and Esquire shows that the American people aren’t as divided as you might think. In fact, they’re confident enough in their findings to basically claim there is a New American Center. Sounds provocative! Sounds exciting! What is this New American Center and what does it tell us about the country at large?

In summation: the average American centrist is white, pessimistic about politics and the economy, and leans left.

But is this really a fair representation of what the American center is?

Because here’s the big question: what exactly is the dividing line between a right-leaning centrist and a conservative who’s outside the center? The survey has just four categories outside the center for people to exist in: “The Religious Right,” “Talk Radio Heads,” “The Bleeding Hearts,” and “The Gospel Left.” And if you are not one of those, you are a centrist. Period.

And as National Review‘s Ramesh Ponnuru points out, excluding the more religious individuals on the left and right skews the results in the center, and so of course you’re going to see 59 percent agree with the separation of church and state, and 55 percent saying religion isn’t really that important to them.

Also, the survey really lacks any stats or useful information about Americans’ foreign policy views beyond the generic “should we be the world’s policeman?” and “should we spend money on foreign aid?” And on top of that, there is absolutely nothing about privacy issues raised by the big NSA stories this year that caused some major political rifts in both parties.

And the subgroups they have for centrists just seem incredibly random: “Minivan Moderates,” “The MBA Middle,” “The Pick-up Populists,” and “The #WhateverMan.” The #WhateverMan category tells us nothing interesting about these people, because when you look how the majority of that group broke down, it basically shows that these people are very indecisive and don’t really care one way or the other that much. And while, sure, that sounds like a centrist, but the poll itself acknowledges that this is a left-leaning group that’s just very, VERY apathetic, and the fact that they are not very politically engaged is why they reside in the center. And if we’re saying the more politically engaged and active you are, the more outside the center you are, that’s not a fair metric.

This leads to another important question: was the American public ever that divided to begin with? Salon’s Alex Pareene takes issue with that premise.

No one was claiming that America was strictly divided between dedicated arch-leftists and reactionary right-wingers. That’s only a thing dumb pundits ever said and not even very many of them said this, because most of them have spent years running around talking about the importance and size of “the center.”

There is no precise definition here of what a centrist is, despite the survey’s attempts to do so. Is a centrist someone who self-identifies as a partisan Democrat or Republican but really just happens to fit into one of those four groups in the middle? It can’t simply be that someone amenable to compromise and open to the possibility of maybe seeing things from the perspective of either side is automatically a centrist.

Because really, this survey is just an elongated way to say, “Look! People aren’t so divided! A slim majority of the country is very reasonable and open to new ideas!” But we knew that. And if you really want to know why everyone just assumed we were so hopelessly partisan, it was because of broad labels like “Bleeding Hearts” and “The Righteous Right” to begin with.