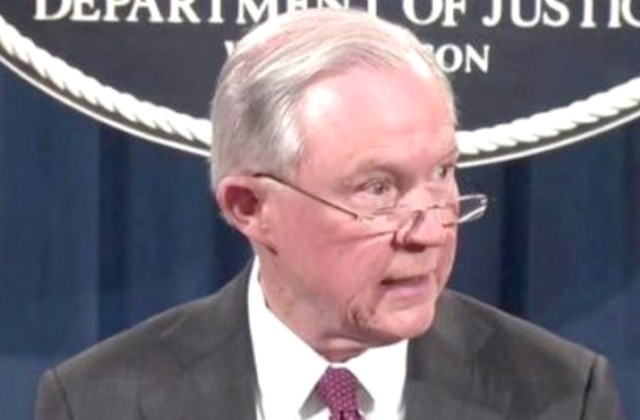 CNN is reporting tonight that according to the Department of Justice, Attorney General Jeff Sessions did not disclose the meetings he had with Russian officials on the form he had to fill out for his security clearance.

Sessions, who met with Russian Ambassador Sergey Kislyak at least two times last year, didn’t note those interactions on the form, which requires him to list “any contact” he or his family had with a “foreign government” or its “representatives” over the past seven years, officials said.

You may remember that Sessions came under fire after reports came out that Sessions did not disclose those interactions during his confirmation hearings.

After that news came out, Sessions announced he would recuse himself from any probes into the 2016 campaign. He eventually sent the Senate Judiciary Committee a letter addressing their questions, saying that his answer on this issue was correct because it fit within the narrow scope of the question Senator Al Franken had asked.

CNN’s report today includes a statement from a DOJ spokesperson that says there was an FBI employee who said he didn’t need to disclose those meetings:

Sessions initially listed a year’s worth of meetings with foreign officials on the security clearance form, according to Justice Department spokeswoman Sarah Isgur Flores. But she says he and his staff were then told by an FBI employee who assisted in filling out the form, known as the SF-86, that he didn’t need to list dozens of meetings with foreign ambassadors that happened in his capacity as a senator.