Don Lemon: Melissa Harris-Perry Taught Us ‘Art of the Apology’ 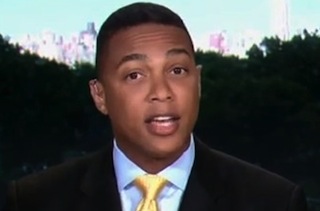 On his weekly radio commentary on the Tom Joyner Show, CNN anchor Don Lemon reflected on the scores of apologies we heard in 2013—hey, here’s a list—and extracted some lessons about the power of words to hurt, and their equal power, when coupled with sincerity, to express contrition.

Lemon began by reiterating his criticism of Melissa Harris-Perry’s Sunday panel, which mocked a photo of former presidential candidate Mitt Romney and his adopted African-American grandson.

“The first rule of comedy is that it should be funny,” Lemon said. “It wasn’t. There is nothing humorous about a panel of adults on national television pointing out the ‘otherness’ of a baby in relation to the members of his family, especially a little black baby.”

RELATED: Dean Obeidallah Posts Lengthy Apology to Romney Family ‘But Not the Wingnuts’

But Harris-Perry’s apology was in the right key, Lemon said.

“In [Alec Baldwin’s] apology, he said, “Words are important. I understand that, and will choose mine with great care going forward,’” Lemon said. “That’s good advice to Melissa Harris Perry, and her colleagues at MSNBC and all of us. We should all choose our words very carefully, exactly the way Melissa Harris Perry did in her apology.”

“Her words— ‘I am sorry. Without reservation or qualification, I apologize to the Romney family’—She got it right. And it takes a very big person to do that…Perhaps one our resolutions should be to learn from Ms. Harris-Perry the art of the apology.”

Listen to the full commentary below, via the Tom Joyner Show: