Dr. Laura’s Racist Tirade: 11 N-Words And Advice To Not ‘Marry Out Of Your Race’ 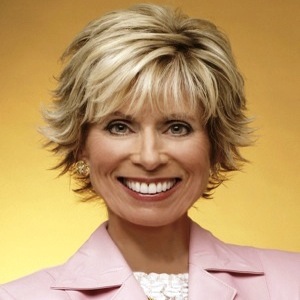 The biggest summer for racial tension since 1994 continues, this time with a strange, n-word-laden rant from what has been typically perceived as a fairly innocuous source: Dr. Laura Schlessinger. Speaking to a black caller who called for advice on handling racial tensions with her white husband, Dr. Laura uses the offensive word eleven times and ultimately tells the caller that if she doesn’t “have a sense of humor,” she should not “marry out of your race.”

The caller explained that she was beginning to grow “resentful” of her husband because he seemed comfortable with a neighbor continually making racist comments about her. When asked to give an example, the caller told Schlessinger that he had used the n-word, to which she replied that she didn’t see a problem with that. “Black guys,” she explained, “use it all the time. Turn on HBO, listen to a black comic, and all you hear is n*gger, n*gger, n*gger.” Then, of course, the conversation veered inevitably (and uncomfortably) towards Barack Obama, with Schlessinger continuing: “We have a black man as president and we have more complaining about racism than ever.”

After the caller expressed some discomfort with the tone of Schlessinger’s comments, the host scolded her, telling her not to “NAACP me” [according to the dictionary, the proper term is to Breitbart] and, finally, “if you’re that hypersensitive about color, and don’t have a sense of humor, don’t marry out of your race.” Wow. Not that Dr. Laura hasn’t gotten in trouble for insensitive comments before: In 2002, Schlessinger found herself in hot water for calling homosexuality “a biological mistake.” That, however, was not directed at a particular caller, nor did it use specific slurs.

Dr. Laura’s rant made it to primetime tonight thanks to CNN’s Rick Sanchez, who led his 8PM program with the story, getting ahead of The O’Reilly Factor (leading with a 14th Amendment debate) and Countdown (leading with an interview with an American mechanic).

Below is the audio of the exchange: