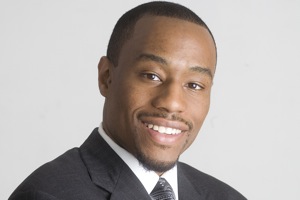 The political rhetoric debate that has arisen in light of the likely schizophrenia-induced Arizona massacre this weekend has led to a whole lot of line-drawing on what media personalities can and cannot say. That doesn’t mean that some haven’t been immediately– and egregiously– crossing them. Take Columbia University professor Marc Lamont Hill, who called for rhetoric to be toned down nearly in the same breath as calling Barack Obama a “murderer.”

The aforementioned comment came about on WOR Radio’s Steve Malzberg Show, where host Malzberg decried any attempt to “tone it down” as he refused to see a connection to Jared Loughner‘s actions and right-wing rhetoric. Hill took a different approach, noting that “I think you can criticize President Obama. I think you can tear President Obama a new one without referring to him as someone who has to be executed.”

After protesting that he has done just that on his show, Malzberg pointed out violent rhetoric against President George W. Bush, which Hill also criticized. “There are so many people who do use the language of violence,” he added. Malzberg then added another example: “If I said Obama is a murderer after something happens–”

After a great deal of shocked indignation from Malzberg– who was the one arguing he refused to tone down his own language himself– Hill attempted to soften the blow, changing “the president” to “the United States government” and blaming President Obama’s “responsibilities.” This didn’t seem to lessen the effect of labeling President Obama a “murderer” directly, however, especially in light of the fact that Hill had seconds before noted it was possible to criticize policy without emotionally charged language. At least he can claim to have avoided that most verboten of political phrases, “blood on his hands,” but that may not be enough– especially in this national climate.

The audio segment from today’s Steve Malzberg Show below: