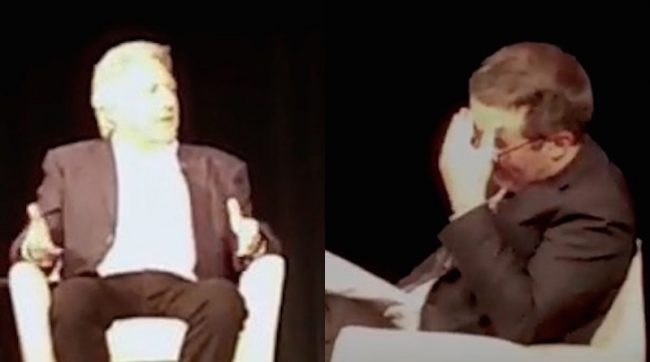 On Tuesday, we reported on Last Week Tonight host John Oliver expressing his regret over a heated confrontation with Dustin Hoffman earlier this month over the sexual misconduct allegations against the actor.

But Hoffman’s accusers think Oliver is wrong in his assessment that the interview wasn’t constructive. In a statement posted to Twitter, Anna Graham Hunter — a Hoffman accuser writing on behalf of herself and six others — thanked the comedian for sticking his neck out for them:

We want to thank you for confronting Dustin Hoffman. While the questions you asked may not have led to the constructive conversation you hoped for, the fact that you asked them all is what matters most. Many men listen to and believe women when we recount our experiences of sexual harassment and assault. But few men put themselves at risk — socially or professionally — to have uncomfortable conversations with other men.

Thank you @iamjohnoliver for confronting Dustin Hoffman. While the questions you asked may not have led to the constructive conversation you hoped for, the fact that you asked them at all is what matters most. @nykass @corithyme @MelissaKester + 3 others pic.twitter.com/WeenZP5jck

Hunter detailed her claim in a first-person piece for The Hollywood Reporter on Nov. 1. She alleges that Hoffman groped her and made harassing remarks to her when the was a 17-year-old production assistant on the set of the 1985 TV adaptation of Death of a Salesman.