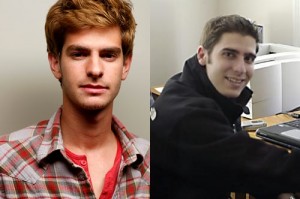 Ever since The Social Network was announced and certainly since it’s become the most important web-based movie since The Net, people have wondered what the actual “accidental billionaires” have thought of it. We know that Mark Zuckerberg and Dustin Moskovitz have both tried to shrug it off as typical Hollywood fiction. But what does Edward Saverin, the co-founder played in the film by Andrew Garfield, think of a movie that makes him out to be just a super nice guy who got (spoilers) royally screwed over. Shockingly, he liked it.

Saverin has written an article for CNBC about his feelings watching the film. And, though he admits he watched it with “amazement and humility,” his piece (wisely?) skips over the actual details in the movie and instead focusses on how inspirational it may be for the future business leaders of tomorrow.

“What I gleaned from viewing “The Social Network” was bigger and more important than whether the scenes and details included in the script were accurate. After all, the movie was clearly intended to be entertainment and not a fact-based documentary. What struck me most was not what happened – and what did not – and who said what to whom and why. The true takeaway for me was that entrepreneurship and creativity, however complicated, difficult or tortured to execute, are perhaps the most important drivers of business today and the growth of our economy.

America, and its strength in technological innovation, has benefited for decades from a society that encourages entrepreneurship and creativity.”

The real question now is what Sean Parker thought of the movie. Just a guess, but I doubt he felt it was nearly as inspirational.